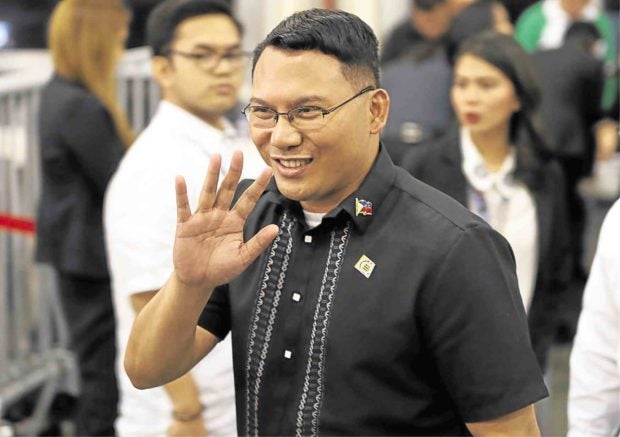 MANILA, Philippines – The Commission on Elections (Comelec) First Division has denied the nomination of Ronald Cardema to be the party-list representative of the Duterte Youth.

“The nomination of Respondent, Ronald Gian Carlo L Cardema, as the first nominee of Duterte Youth party-list, is hereby canceled,” read the last page of the resolution.

In a 25-page decision, the Comelec underscored that Cardema committed a misrepresentation on his age when he filed his nomination before the Comelec.

Under the party-list law, anyone running for a youth sector representative should be between 25 and 30 years old. Cardema is already 34.

It cited that Under Section 1, Rule 5 of Comelec Resolution No. 9366, a ground for cancellation of a nomination is material misrepresentation.

Thus, “the Commission finds Respondent to have committed material misrepresentation on his qualifications,” the resolution reads.

It could be also recalled that in a Comelec hearing on the case, Cardema’s legal counsel argued that age requirement should not be applied to him since he was representing a multi-sectoral party.

However, the resolution read that even if Cardema’s camp has maintained that he is running a multi-sectoral sector – for his case, the youth sector, and the young professionals sector – the Comelec said that it could not find “no reason why the age qualification provided by law for nominees of the youth sector should not be applied to the Respondent.”

It could also be noted that even before the resolution was released, Cardema’s legal counsel Atty. Rani Angeli Supnet admitted that her client is not qualified to represent the youth sector, adding that he is neither a professional nor a college graduate.

In a statement, Atty. Emil Marañon III welcomed the decision of the Comelec as he expressed hope that the party-list law would be amended.

Marañon is the counsel for the members of the National Union of Students of the Philippines, College Editor’s Guild of the Philippines, Youth Act Now Against Tyranny, and Millennials PH who all filed a petition to cancel the nomination against Cardema.

“We are happy to announce that the Comelec First Division has granted our consolidated Petitions seeking the cancellation of the nomination of Ronald Gian Cardema as the First Nominee of the Duterte Youth Party-List,” he said.

“Hopefully, this decision will be the first step towards the reform of the party-list system, that is, to bring it back to the truly marginalized and underrepresented sector,” he added.