After spate of killings, city in Negros now lives in fear 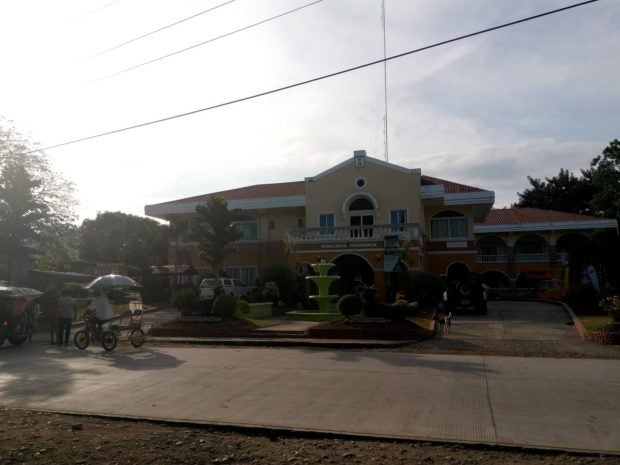 CLIMATE OF FEAR The killings in Guihulngan City have caused fear among residents, including those living abroad, and other people in Negros Oriental. —LEO UDTOHAN

People used to hang out at the seaside Freedom Park in Guihulngan City, Negros Oriental province, even late at night.

Now, by 9 p.m., only a handful of brave souls would stroll down the park. Residents now choose to stay in their homes after a series of killings rocked the city, located 138 kilometers north of the provincial capital of Dumaguete.

Mabel, a resident, would see to it that her children were in the house by nightfall.

“We are terrified to go out at night because it seems that life is cheap nowadays,” said the mother of three in Cebuano. She asked to withhold her last name for security.

Mabel told the Inquirer that her family had been terrified by the killings perpetrated by armed men riding on motorcycles.

The Defend Negros #Stop the Killings network has recorded 83 victims of extrajudicial killings in the whole of Negros Island from January 2017 to July this year.

Among the six cities and 25 towns in Negros Oriental, Guihulngan, near the northernmost tip of the province, had the highest number of fatalities—23.

Guihulngan, a fifth-class city (annual income: P80 million-P160 million), had an estimated 96,000 residents as of 2015. It is the third most populous among the cities and towns in the province.

Clashes between New Peoples’ Army (NPA) rebels and government troops are not new to the city, which has long been a hotbed of communist insurgency.

There have been other reported killings since, in Guihulngan and elsewhere in Negros Oriental.

Also among the fatalities are civilians, including leaders and members of militant organizations, and residents perceived to be supporting the Left.

Following the ambush on Arpon and other policemen, unidentified armed men shot and killed nine leaders and members of militant organizations from July 23 to Nov. 3 in 2017.

Among those killed was Alberto Tecson, 45, vice chair of the Guihulngan chapter of the fishermen’s group Pambansang Lakas ng Kilusang Mamamalakaya ng Pilipinas.

Tecson was shot dead by hooded men in front of his children at their home in Bulado village on July 24, 2017.

According to his wife Lorena, who went in hiding after receiving threats to her life, soldiers had dropped by the Tecson residence the day before he was killed and accused him of transporting armed men on his motorboat.

The military denied involvement in the murder. No arrests have yet been made.

This year, the Negros Provincial Police Office recorded 17 civilians killed since July 22, days after the July 18 ambush of four police intelligence officers in Ayungon town in the south.

The killings have caused fear among residents and other people from Guihulngan, including those living abroad.

“Some have actually canceled their flights because of the killings,” said Andrea Trinidad, younger sister of the slain lawyer.

“I don’t feel safe and I am afraid to go home,” she said.

A teacher, who asked not to be named, said: “We try to continue living our lives normally but of course we are concerned even if we have not done anything wrong.”

“When will this end? What is happening to Guihulngan?” another said.

Mabel said gone are the days when they could go out to Freedom Park at night.

“But this is where we earn a living. I have no choice [but to stay],” she sighed.