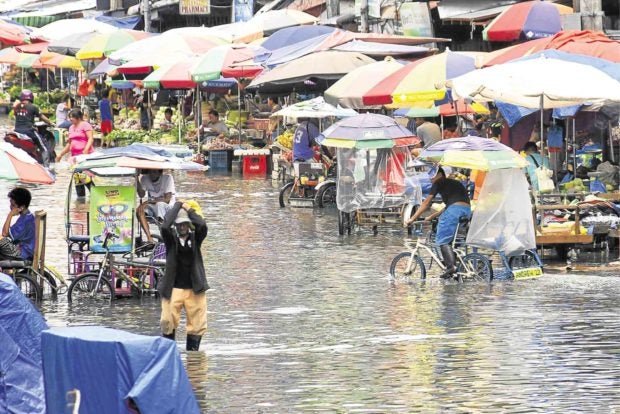 Lim gave the commission 90 days to come up with the master plan which would be submitted to the Department of Public Works and Highways (DPWH) for its inclusion in the 2020 General Appropriations Act.

The city’s location makes it prone to flooding because it serves as a waterway of rainwater from nearby towns and provinces before the water is discharged into the Lingayen Gulf.

But floodwater is stuck for weeks in the city due to irregular land conversions, extreme weather events, piecemeal infrastructure and urban planning, silted rivers and clogged canals, Lim said.

The city’s elevation, which is a meter above sea level, has also contributed to flooding as sea water usually inundates the business center, the City Hall grounds and some coastal villages during high tide.

Lim, citing results of several surveys, said most Dagupan residents had identified flooding as the city’s top problem, which they believed would persist if no immediate and comprehensive interventions would be undertaken.

He said a flood mapping survey conducted by the University of the Philippines in 2017 showed that three-fourths of the city’s 48-square-kilometer land area experienced flood levels of at least 40 centimeters, with other areas twice to thrice as much.

He said the commission would coordinate with the DPWH and other government agencies to come up with proposals for short- and long-term solutions to flooding.

The commission, which will be chaired by Lim, will be composed of engineers, architects and environmental planners from the city.

“I think in the next three years, we really hope to lessen or minimize the flooding that happens in our central business district,” Lim told local reporters.

The commission will also prepare and implement integrated flood control plans for the city and help standardize the designs and specifications of flood mitigation works.