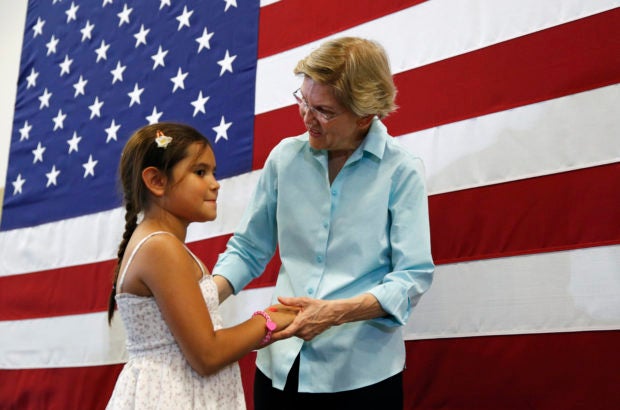 Biden spoke during a forum held by the nation’s largest public employees union in Nevada, the state that will cast the first votes in the West in next year’s primary. He was one of 19 Democratic hopefuls scheduled to speak before the American Federation of State, County and Municipal Employees, which represents 1.6 million workers nationwide.

His comments marked a stark contrast with Sen. Elizabeth Warren, who said labor would have a voice in her administration as she tries to transition to a government-run “Medicare for All” system. She pledged that union members would be fully compensated for what they negotiated under their private plans, but didn’t provide more details on how. She instead tried to redirect attention to the Trump administration’s efforts to have federal courts declare the entire Affordable Care Act law unconstitutional.

Health care is one of the clearest dividing policy lines for the massive Democratic field, and one of several where Biden has tried to paint his rivals as criticizing Obama’s legacy.

Former Obama Cabinet secretary Julian Castro, who sparred with Biden over immigration in a recent debate, said it’s not an attack on Obama to acknowledge Democrats can do better on immigration and other issues.

He said the Obama administration improved over time by decreasing the number of deportations, but also said Democrats should have made immigration reform a priority when they controlled Congress early in Obama’s presidency.

“There are lessons that we can learn,” Castro said. “This is not about criticizing President Obama, this is about ‘OK, what does the next administration have to do?”

Nearly every candidate pledged to put someone from organized labor in their Cabinet if elected.

Billionaire activist Tom Steyer extolled the value of union membership as he highlighted his commitment to raise taxes on the rich and use his personal fortune to fight on climate change and improve voter turnout.

“You’ve got to join the union, for God’s sake, otherwise you’re a free rider letting everybody else do the fight while you take the money,” he said.

Author Marianne Williamson, meanwhile, was hit with an audience question about her position on vaccines. She’s faced pushback for saying the government shouldn’t be allowed to tell people what to do with their children, a comment she later walked back. She said she’s “fine” with schools mandating children get vaccines before attending, but said she’d boost federal spending on independent review of drugs, saying she distrusts the pharmaceutical industry.

Former Texas Rep. Beto O’Rourke gave emotional remarks about an unfolding shooting in his hometown of El Paso, Texas, and left the forum shortly after speaking to head home.

The union has not decided if it will endorse in the Democratic primary but will take its time considering because they’ve “got a lot of friends in the race,” President Lee Saunders said.

The candidates packed in events around the Las Vegas area over the weekend in a nod to Nevada’s status as the third state where Democrats will vote in the primary, just after Iowa and New Hampshire and before South Carolina. Warren, speaking at a town hall Friday night in a high school gymnasium, said she’s expanding her footprint in Nevada and will soon have six campaign offices, more than any other candidate.

Despite Democrats largely sweeping the state in 2018, it remains a battleground where President Donald Trump sees a chance of winning next year. He lost the state in 2016 to Democrat Hillary Clinton by 2 percentage points. /gsg