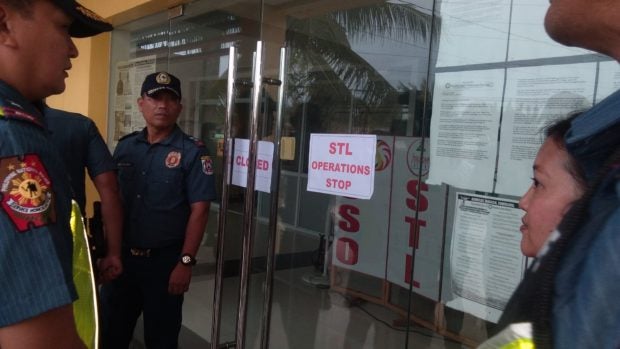 Balutan said this after Senator Panfilo Lacson claimed that there was an increase in the number of retired military and police officers with STL franchises during Balutan’s stint.

These retired military and police personnel, Lacson said, allegedly did not remit shares from their collections to the PCSO.

Balutan, however, said that he terminated the franchise of erring STL owners but they sought help from the court which issued TROs and these delayed the effectivity of the termination.

“Terminated sila kaso they sought relief from the Court tapos ang Court naman magi-issue ng mamera kasi ang TRO at injunction— so anong nagagawa namin? Will the board and I defy the court? Anong gagawin namin? Syempre you will follow,” Balutan said.

It is in the issuance of these TROs that corruption thrives, Balutan added.

In a separate interview on Wednesday, Supreme Court Chief Justice Lucas Bersamin said that it is also “unfair” to generalize against judges, especially those who “have done their jobs in the best way they show it.”

“Allegations like those have to be proved, if you generalize against judges who have done their jobs in the best way they show it, that’s unfair to them, we will not as the leader of the judiciary lead the way into doing that,” Bersamin told reporters on the sidelines of Legal Education Summit at the Manila Hotel.

“We have to presume they did their jobs regularly and only when there is proof that they were irregular in the performance of their duties may I come in, when it is brought to my attention that such irregularities were committed, we have to give these judges some leeway, if they did wrong there is always a period of account for them,” he added.

If irregularities were found, Bersamin said they will determine “if what they did wrong was from their honest mistake or negligence which could be overlooked.”

“But if the transgressions are very serious, and they affected the rights of the parties, that’s the time that we will come in, meron tayong tinatawag na initiative na namin yan and we do not need anyone to file the complaint,” Bersamin said.