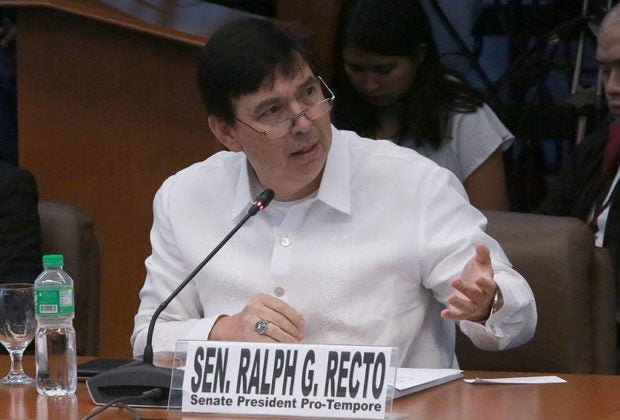 The Commission on Audit on Wednesday said CHEd only used half of its P44.75 billion budget for its projects in 2018.

“I will not be harsh and give CHEd a failing grade of 5 in Fund Utilization 101. I would give it an Incomplete, with a last chance stern warning that it implements remedial measures this year,” Recto said in a statement.

“It is so ironic that an institution that accredits Finance and Management schools in the country is the one failing miserably in these two disciplines,” the senator added.

According to the COA report, CHEd failed to utilize its budget allotted for several projects such as the Universal Access to Quality Tertiary Education (UAQTE).

“If the poor fund utilization was due to the birth pains associated with the new Free College Law, then the one year grace period is enough for it to learn the lessons from this fiasco,” Recto said.

“If the decision-making by CHEd is hampered by the absenteeism of Cabinet members in its board, then their alternates must be granted the authority to vote on their behalf,” the senator added.

Recto said CHEd must submit a list of colleges and universities which had failed to liquidate funds so they can be made to explain when they appear during the Senate budget hearings.

“This must be fixed, because in this case, funding delayed is education denied to our youth,” the senator added. /je