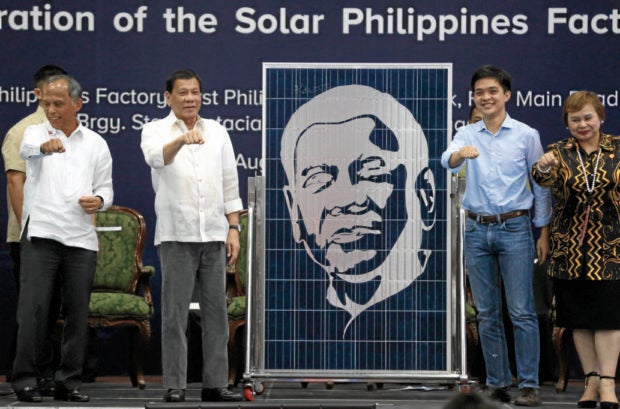 Based on its website, SPB “is a Filipino social enterprise which aims to serve Filipino communities with cheap, clean, reliable 24/7 electricity.”

Based on RA 11357, SPB was granted “a nonexclusive franchise to construct, install, establish, operate and maintain” solar-powered facilities to provide renewable energy to areas without electricity or underserved nationwide.

To recall, several business groups have earlier asked Duterte to review the franchise of the solar company, citing its impact on small, mini, and microgrids in the country.

The groups  composed of the American Chamber of Commerce of the Philippines (AMCHAM), the Financial Executives Institute of the Philippines (FINEX), the Makati Business Club (MBC), the Management Association of the Philippines (MAP), the Semiconductor and Electronics Industries in the Philippines, Inc. (SEIPI), and the Women’s Business Council Philippines (WBCP) said a franchise for Leviste’s company “will create an undue competitive edge in favor of SPB Corporation and put at a disadvantage other renewable energy companies now operating in our country.”

Also in an earlier statement, Leviste said, “(W)e hope this will not only benefit these towns, but create healthy competition that benefits consumers across the country.”

According to the new law, “a special right  is hereby reserved to the President of the Philippines in times of war, rebellion, public peril, calamity, emergency, disaster or disturbance of peace and order to temporarily take over and operate the facilities of the grantee or to authorize the temporary use and operation thereof by any agency of the government, upon due compensation to the grantee, for the use of the said facilities during the period when these shall be so operated.”

The law also said that “the retail rate charged by the grantee to the end users shall be the true cost and shall not be entitled to any government subsidy.”

“Such retail rate shall be regulated by and subject to the approval of the ERC (Energy Regulatory Commission). The retail rates charges by the grantee to the end users shall be made public and transparent,” it added. /kga 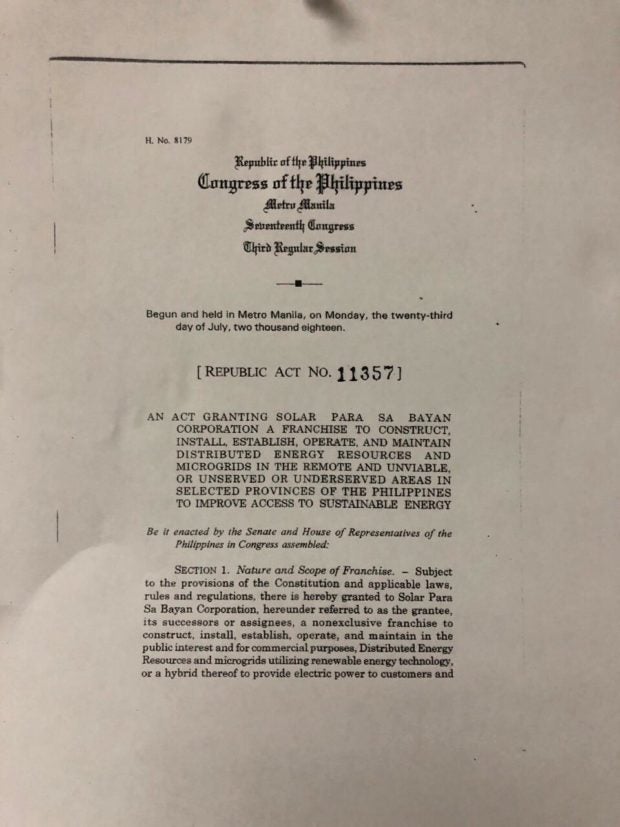 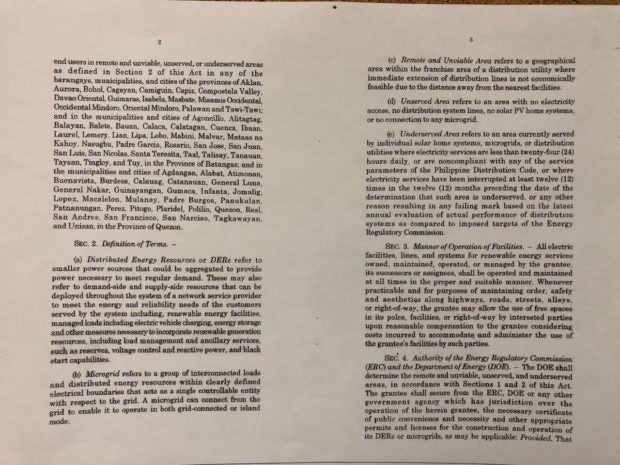 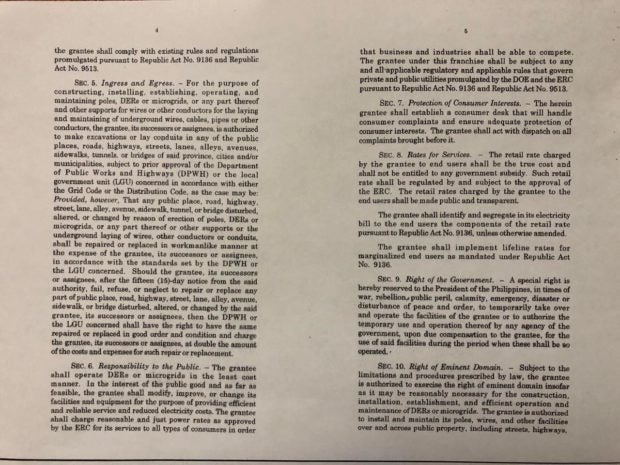 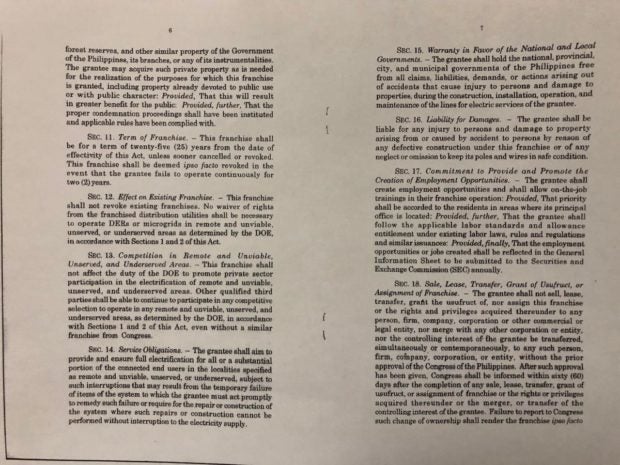 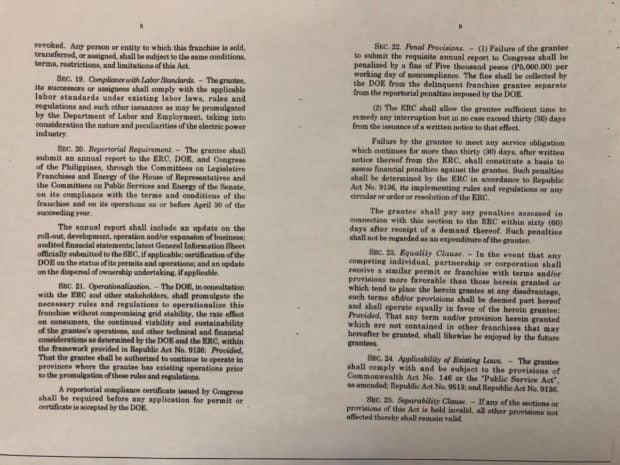 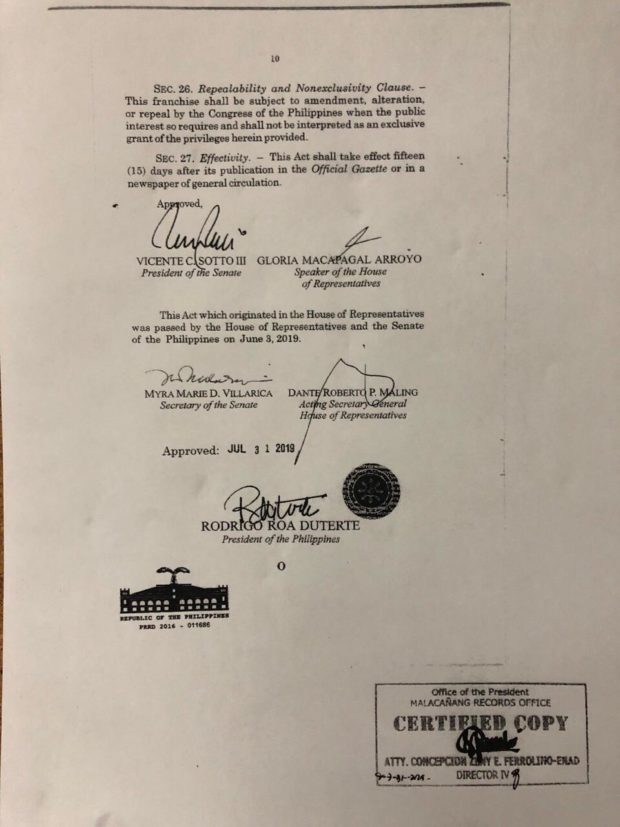