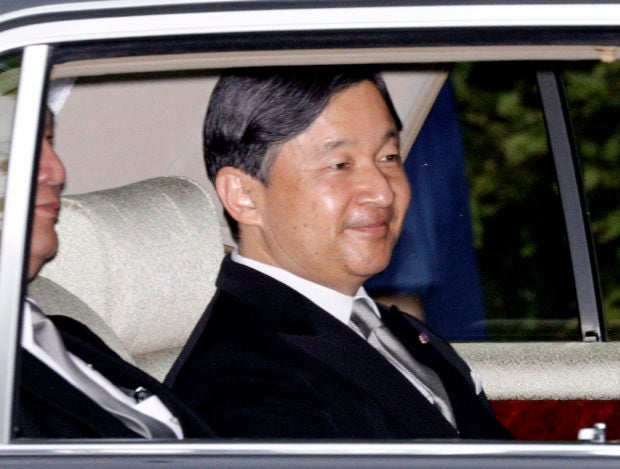 In this photo, then Japan’s Crown Prince Naruhito, in a car, returns to the Crown Prince’s Palace in Tokyo Tuesday, April 30, 2019. Now Emperor Naruhito, he is to deliver his first opening speech since ascending to the Chrysanthemum Throne on May 1 before Japan’s parliament. (Yuta Omori/Kyodo News via AP)

TOKYO — Japan’s Diet has convened after elections and a renovation at the upper house to improve its accessibility for two new lawmakers who use wheelchairs.

For the new session of parliament beginning Thursday, Emperor Naruhito is to deliver his first opening speech since ascending to the Chrysanthemum Throne on May 1. The session ends next week before a fuller session reopens in the autumn.

Prime Minister Shinzo Abe’s ruling bloc secured a majority in the July 21 elections but fell short of the two-thirds threshold in the house needed to reach his long-cherished goal of amending the constitution.

Two lawmakers in the upper house use wheelchairs, Yasuhiko Funago, who has amyotrophic lateral sclerosis, and Eiko Kimura, who has cerebral palsy. They represent an opposition group led by actor-turned-politician Taro Yamamoto. /kga