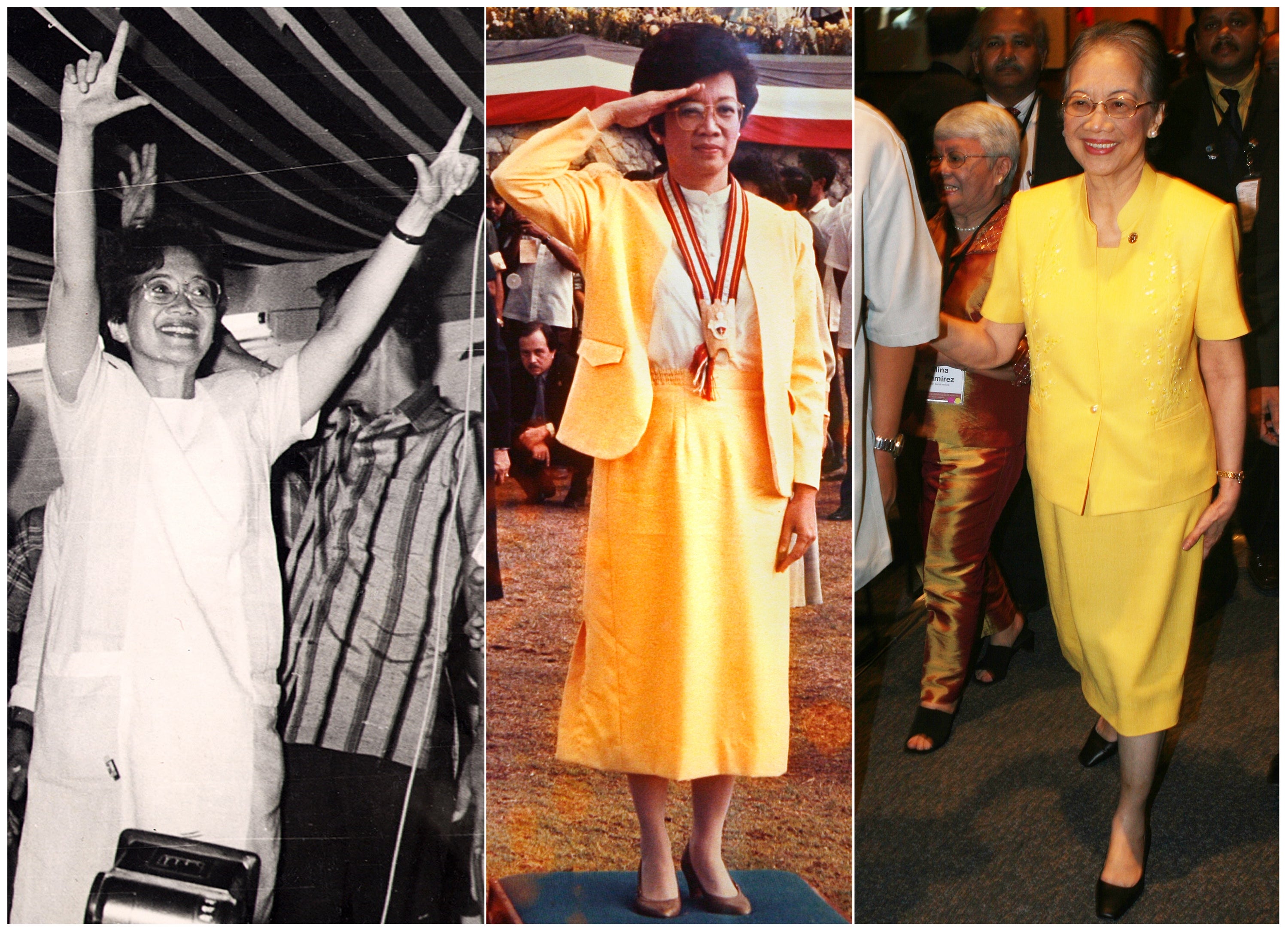 MANILA, Philippines — President Cory Aquino was fully aware of her role as the Philippines’ “symbol of democracy,” and she did not renege on her commitment to Filipinos to restore the institutions that dictator Ferdinand Marcos “destroyed,” her friends and allies said as they prepared to mark her 10th death anniversary on  Thursday.

“She took it to heart. That’s why she lived up to it … It was an honor,” said Deedee Siytangco, Aquino’s press secretary during her presidency from 1986 to 1992.

Among these democratic institutions were a free press, an independent judiciary and Congress, and a credible electoral system — all nonexistent during the Marcos dictatorship.

“What she wanted was to lay down the fundamentals,” said Maria Montelibano, who headed Aquino’s communications bureau. The revolutionary government after the Edsa People Power Revolution in February 1986 was brief and installed simply to put things in order, and Aquino considered herself a “transitional president,” Montelibano said, adding:

“Immediately after [the revolutionary government], we had our Constitution, we had elections, because [Aquino] believed the institutions had to be in place — the things that Marcos really destroyed.”

Aquino’s husband, former Sen. Benigno “Ninoy” Aquino Jr., whose assassination on Aug. 21, 1983, triggered the massive protests against Marcos, used to say he pitied anyone who would succeed the dictator. Little did he know that Marcos’ successor would be his widow.

Siytangco, Montelibano and Margie Juico, who was Aquino’s appointments secretary, were among those who saw firsthand how she struggled to preserve the Filipinos’ hard-won freedoms that many take for granted now, more than 30 years since the bloodless revolution.

She had to deal with conflicts in the Palace and among her allies, with criticisms here and abroad, and with a fickle business community, a testy press, and an impatient people, they said.

They recalled how everyone expected her to undo the mess made by Marcos’ two-decade regime in less than a year, and appeared to ignore the life-threatening attacks from military rebels that nearly killed her only son, Benigno Aquino III, whose own presidency in 2010-2016 was propelled by her death.

On top of all these, they said, Aquino had to deal with Cabinet officials who finished their golf games first before showing up for meetings she had called.

They noted that while the international community hailed her for breaking the glass ceiling for women, at home her gender made her a target.

It was easy to criticize her because “she was a woman,” Siytangco said.

“A lot of people miscalculated her, misunderstood her, and just underrated her,” Juico said.

There were men who were truly “mean to her. They [saw] her as just the wife of Ninoy. She was typecast. They failed to understand that she was really his strength,” said Montelibano, whose mother, Erlinda, was Ninoy’s elder sister.

And she spoke her mind when she and her husband had their differences, Montelibano said.

Aquino was 53 when she succeeded Marcos. Early in her marriage, she lived in the shadow of her brilliant and charismatic husband who had dreamed of becoming president, and prepared coffee for the men who discussed politics with him.

But this homemaker held a degree in mathematics and French from the College of Mount St. Vincent in New York. She was studying law at Far Eastern University in Manila when marriage beckoned in 1954, and she chose to focus on starting a family.

The seven coup attempts launched by military rebels during Aquino’s six-year term were among her toughest times, but “she had tougher battles in the Cabinet,” said Siytangco, citing the two factions among those who had pledged to support and help Aquino govern.

How did Aquino manage them?

“She didn’t. She just listened to everybody, then she said what she wanted,” Montelibano said.

“Then she fired them,” Siytangco quipped.

“To be fair, she fired one from both [factions],” Montelibano added.

It was Aquino’s “equanimity” and her deep faith and trust in her God that helped her survive the ruthlessness of the post-Edsa situation, according to Montelibano.

Juico recalled one particular coup attempt: Realizing she could die, Aquino asked Juico to call a priest from nearby San Beda College on Mendiola to say prayers with them at the Guest House. Juico complied and literally banged on San Beda’s door.

The rector, Fr. Bobby Perez, went with Juico back to Malacañang. After praying, Aquino handed Juico a bag and told her to leave for her own safety.

Ten years since Aquino’s passing, Juico, Montelibano and Siytangco continue to be protective of her life and her legacy.

Asked to comment on criticism of the “dilaw,” or those loyal to the Aquino legacy and the color yellow associated with the family, Siytangco said: “It’s not fashionable to be yellow today. But when it was fashionable, everybody was ‘dilaw.’ It’s so crazy. You know the very people who benefited from ‘dilaw.’ That’s what I hate.”

Juico organized the Mass to be held at 5.30 p.m. today at Power Plant Chapel in Rockwell mall, Makati City. It is open to the public.

As they have done every year, Aquino’s five children will lead the morning Mass at Manila Memorial Park in Parañaque City.

Siytangco estimated that “a hundred or less” people would be at the cemetery to pay their respects to the late former president.

“If a lot come, well, it’s because they love Tita Cory. It could also be a test of how many we are,” Montelibano said.

Asked if Aquino remained relevant, Juico said: “If you really want what’s best for your country or your freedom, I guess you’ll have a lot to be thankful to Tita Cory for.”