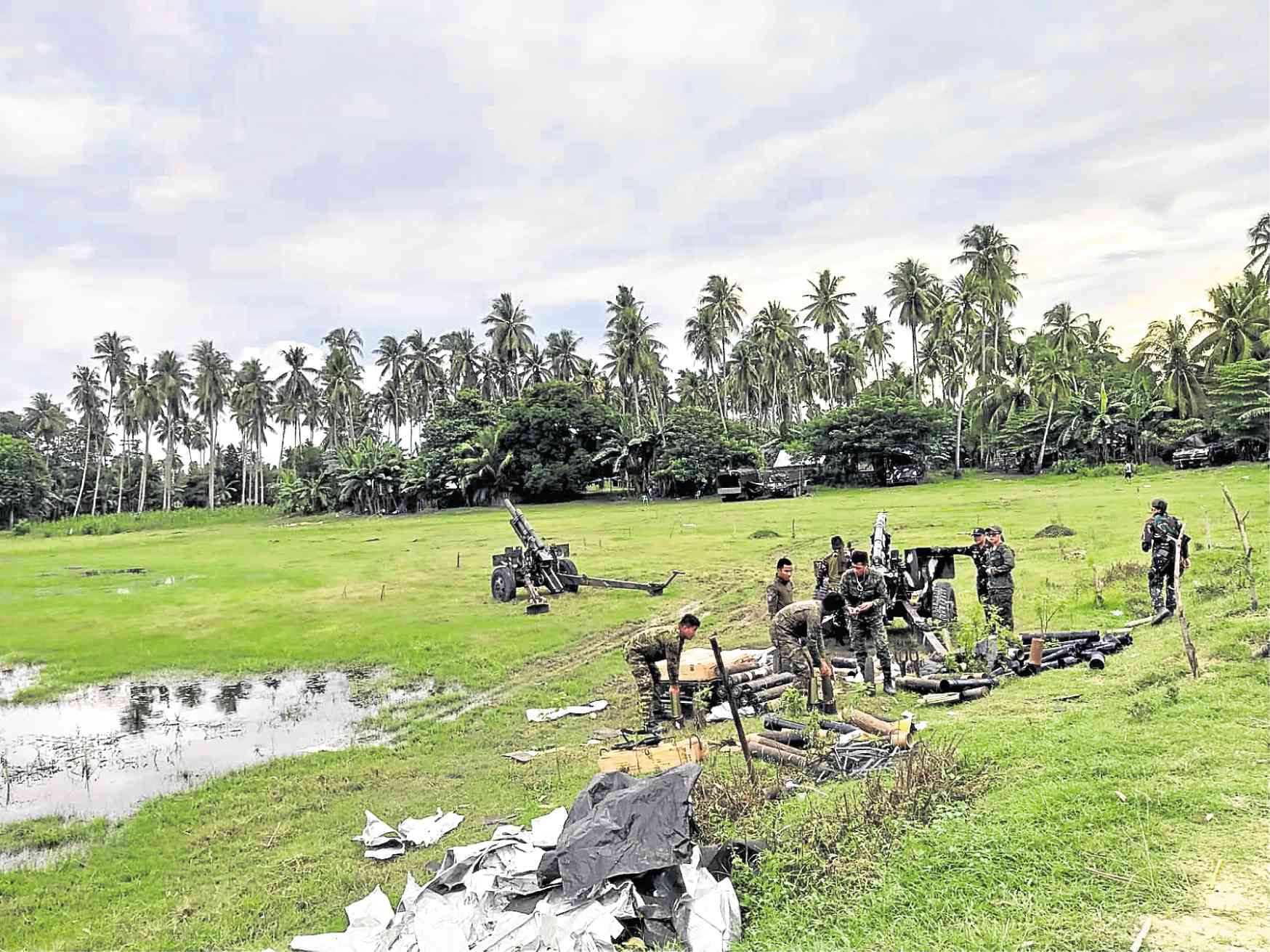 DATU ODIN SINSUAT, Maguindanao, Philippines — About 1,700 families have fled their homes in villages bordering Cotabato and Maguindanao provinces where government troops have been pursuing members of the Islamic State-linked Bangsamoro Islamic Freedom Fighters (BIFF) since July 25.

The growing number of evacuees prompted humanitarian workers to call for aid to displaced families while the military said pursuit against BIFF would continue without letup.

The offensive against BIFF positions started on July 25 through combined air and ground assaults at Sitio Butilen, Barangay Kabasalan in Pikit town, Cotabato.

The dawn airstrikes, which were intended to destroy the BIFF’s bomb-making facilities, killed a woman and wounded her husband, a suspected BIFF member, and their 10-year-old grandson.

The military said the bombing runs forced BIFF members to flee Butilen toward nearby Barangay Dasawao in Shariff Saydona Mustapha town, Maguindanao, where an Army blocking force was deployed.

Carreon said nine BIFF members were killed in a July 27 clash with government troops. He said the group was planning bomb attacks on various targets in Central Mindanao.

He said the bodies were recovered and identified by officials of Datu Saydona Mustapha and were immediately buried according to Muslim rites.

But BIFF spokesperson Abu Misry Mama disputed the military’s claims. Instead, he claimed that 10 soldiers were killed and one armored personnel carrier was damaged when hit by rocket-propelled grenades fired by BIFF members.

Taya Deles, a community leader and humanitarian worker in Pikit, has appealed for assistance to the 1,691 families who left their communities in Pikit and Shariff Saydona Mustapha to avoid getting caught in the crossfire.

“The evacuees have been in evacuation camps since morning of July 25. They are in need of both food and nonfood items,” Deles said.