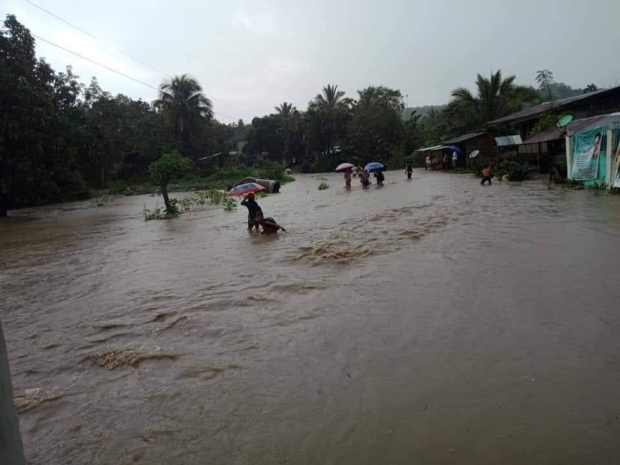 The portion of Barangay Poblacion, Sen. Ninoy Aquino town in Sultan Kudarat that was flooded after a river overflowed Tuesday, July 30. Photo from SNA-MDRRMO

COTABATO CITY –– A mother and her daughter drowned after raging waters of a swollen river in Sen. Ninoy Aquino town, Sultan Kudarat swept them away on Tuesday, July 30.

Citing a report from the municipal disaster risk reduction and management office, Mayor Randy Ecija said the victims were crossing the Basag River to get home past 10 a.m. when the flash flood caught up on them.

Downstream, rescue workers, who were alerted about the incident, were able to fish the two out of the river but they already died from drowning.

Ecija identified the fatalities as Ailyn Gogo, 45, and her four-year-old daughter Baby. They belonged to the Manobo tribe.

In a phone interview, Ecija said there was no rain in the Poblacion, but the heavy downpour was noted in the mountains.

Ecija has warned locals to take extra care in crossing rivers and creeks as these may swell because of heavy rains in the upland areas. /lzb