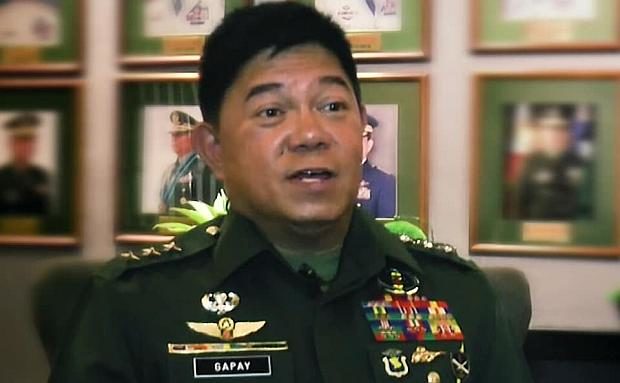 MANILA, Philippines — New People’s Army (NPA) combatants in Southern Luzon are young, most of them in their early 20s, with some coming from universities, according to Lt. Gen. Gilbert Gapay, commander of the Southern Luzon Command (Solcom) of the Armed Forces of the Philippines (AFP).

[The quality of those we fight, they’re mostly kids. Even in a brief encounter, they already want to go down. Unlike before, the people we fought with lasted longer.]

According to him, the AFP is enforcing solutions to address this problem, including conducting awareness campaigns on the “modus” of the NPA in recruiting young fighters.

Gapay explained that the NPA had been recruiting students through “extra-curricular organizations” affiliated with communist rebels. He said these students would then be brought to remote areas for “exposure” to the poor situation of residents there.

[The children unknowingly are recruited and become combatants, fighters of the NPA.]

Aside from holding awareness campaigns in schools, Gapay said state forces had also been conducting similar activities in communities, emphasizing the importance of parents’ participation in keeping their children away from the insurgency.

According to Gapay, no more than 700 NPA fighters remain in Southern Luzon — a large decline in the rebels’ manpower in recent years.

Reporting on significant government accomplishments for the first half of 2019, he noted that NPA rebels had fewer weapons and that there were fewer “red-infested” villages.

NPA attacks in Southern Luzon were also reduced from 28 in the first half of 2018 to 21 in the same period this year.

He said most of these attacks were directed at “soft targets” — that is, civilians. In contrast, previous attacks mostly targeted state forces.

“All these indicate that we have weakened the NPAs operating in Southern Luzon,” Gapay said.

The insurgency, he said, would just “die a natural death,” as the government had shifted to addressing its root causes.