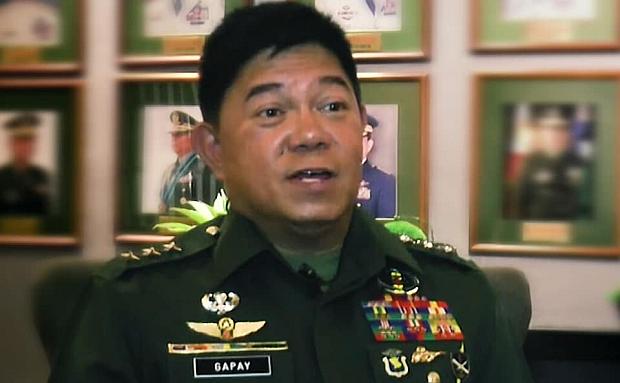 MANILA, Philippines — The Armed Forces of the Philippines (AFP) and the Philippine National Police (PNP) are not discounting the possibility of terror attacks in parts of Mindanao spilling over to Southern Luzon.

Security forces, however, are intensifying their intelligence information gathering to prevent such atrocities from happening in the region, following the suicide bombings at a military camp in Indanan, Sulu on June 28, according to Lt. Gen. Gilbert Gapay, commander of the Southern Luzon Command (Solcom) of the AFP.

“We do not discount the fact that it can still spill over in our area,” Gapay said on Monday at a press conference held jointly with Southern Luzon police officials in Camp Crame in Quezon City. “But through our proactive measures we will — the bottom line is to prevent it. It is better safe than sorry.”

Gapay said it would be easy to acquire components for improvised explosive devices (IED) in the region, which has mining companies that store plastic blasting caps, ammonium nitrate, and other materials that could be used for making IEDs.

Maj. Gen Ericson Velasquez, director of the PNP Directorate for Integrated Police Operations (DIPO) in Southern Luzon, also admitted the possibility of a terror spillover in the region.

“We know for a fact that the aim of terrorism is to sow fear,” he said. “So the best thing that we do now is the preventive aspect.”

He stressed that educating the public on the “symptoms” of terrorism would be the “paramount” solution that security forces “propose to the community.”

Velasquez also encouraged Southern Luzon residents to be wary of new faces that show up in their areas.

“What is their intention? Who are they? It is only with the participation of communities that we can prevent this, actually,” Velasquez said, speaking partly in Filipino.

He also admitted that authorities recording the first Filipino suicide bomber — Norman Lasuca, who was locally groomed by extremists — was somehow “alarming.”

He said police units at the provincial level were also ordered to look into possible spillover of terrorist attacks, citing the large damage they might cause in Southern Luzon.

“We do not want to let our guards down,” he said. “As much as possible, we want to prevent it. If they [terrorists] are already there, they should be apprehended.”