South Korean-American pastor says he was spying in North Korea 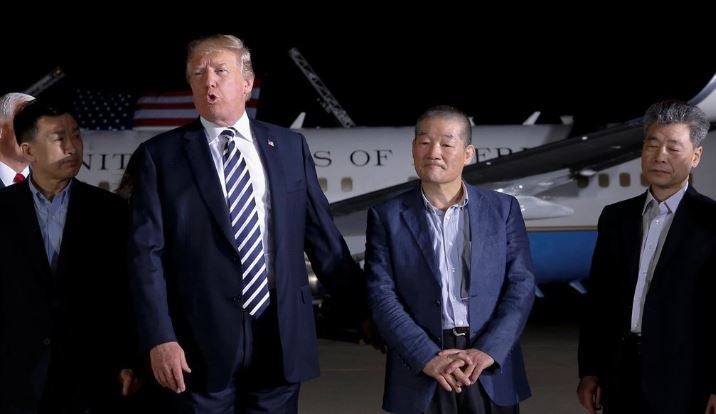 SEOUL — South Korean American pastor Kim Dong-chul, who was freed from North Korea last year after about 2 1/2 years in detention, said he had been spying for Seoul and Washington.

Kim was arrested in the northeastern city of Rason in October 2015, and was sentenced to 10 years of hard labor on charges of espionage and subversive acts against Pyongyang in April 2016.

The North Korean state media at the time said Kim confessed in a press conference to collecting Workers’ Party, government and military secrets, and handing them over to South Korean intelligence.

Kim was one of the three US citizens that North Korea freed a month ahead of the first summit between US President Donald Trump and North Korean leader Kim Jong-un in June last year.

Kim told NK News that what he said during the press conference in North Korea was mostly true, and that he had also cooperated with the US Central Intelligence Agency to procure “very significant” information on issues of interest to US intelligence.

“I filmed footage with a watch (equipped with a camera) and used electromagnetic wave wiretapping equipment,” he was quoted as saying by NK News in an interview in Seoul earlier this month.

“I became a traitor overnight and was locked up in a forced labor camp. I hit rock bottom.”

Kim said US intelligence asked him to work as an “antenna” in the country and provide detailed information on the North Korean military and nuclear program.

“The CIA detected a suspicious vessel at the Rajin port through satellite imagery … and asked me to take very close-up photos of it and figured out what it was being used for. … I delivered that information just before (my arrest),” he was quoted as saying by NK News.

Kim said he was subjected to beatings and other forms of torture that left parts of his body paralyzed, and he tried a few times to take his own life.

NK News said the US State Department, CIA and South Korea’s National Intelligence Service did not respond to requests for comments on what Kim said.