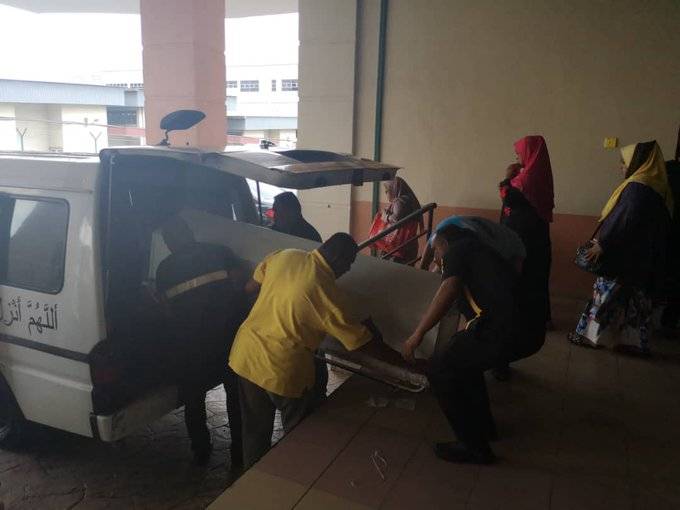 BERUAS, Malaysia — A dispute over an outstanding electricity bill ended in tragedy when a man killed his younger brother in an incident in Pantai Remis here on Sunday (July 28).

Manjung district police chief ACP Muhammad Hanif Othman said he received a report of a fight in front of an eatery in Pengkalan Baru, Pantai Remis at about 11:40 pm.

He said when police arrived at the scene, victim Hussain Mai Din, 35, who was working as a restaurant assistant was semi-conscious on the five-foot walkway of a diner before being confirmed dead by the attending medical officer.

According to Muhammad Hanif, an interview with the mother of the two brothers, who also witnessed the incident, said it was triggered when the suspect quarreled with her about an overdue electricity bill.

“The victim who heard his brother’s rude conversation with their mother immediately came and hit the brother, who was at the time tidying up the kitchen with a sharp object.

“The victim then fled outside the eatery before being found lying with his head covered in blood.

“The victim’s mother also suffered injuries while trying to stop the fight and was receiving treatment at a health clinic, ” Muhammad Hanif said in a statement on Monday (July 29).

He said the 37-year-old suspect was arrested at the scene and the forensic team of the the Perak Contingent Police Headquarters, found injury in the head of the deceased believed to be the result of an assault with a sharp object.

He said the autopsy was conducted this morning at the forensic department of the Queen Bainun Hospital in Ipoh and the suspect was remanded for seven days to assist in the investigation of the case under Section 302 of the Penal Code. – Bernama