US moves to limit asylum for threatened family members

PHOENIX – Immigrants who fear persecution because of their family ties will no longer be eligible for asylum, U.S. Attorney General William Barr said Monday. 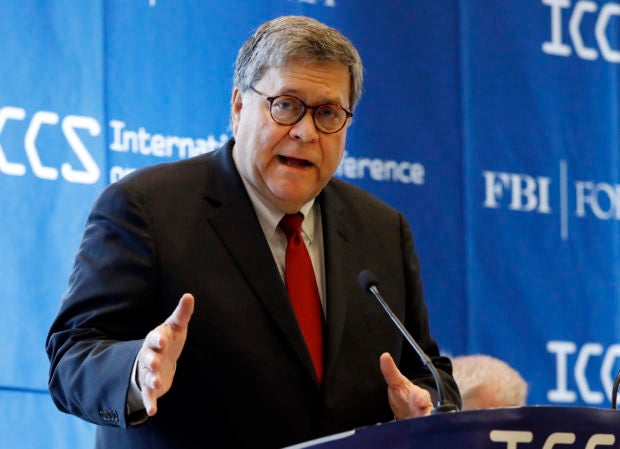 FILE – In this July 23, 2019 file photo U.S. Attorney General William Barr addresses the International Conference on Cyber Security at Fordham University in New York. Immigrants who fear persecution because of their family ties will no longer be eligible for asylum under a new rule issued by Barr. Barr on Monday, July 29, announced he was no longer allowing members of a family to be considered a “social group” if their lives are threatened simply because they’re related to someone. (AP Photo/Richard Drew, File)

Barr, who has power to overturn immigration court rulings as head of the Department of Justice, argues not all family units are necessarily considered a “social group” for the purposes of asylum.

People can seek asylum in the U.S. if they can prove a well-founded fear of persecution based on their race, religion, nationality, political opinion or membership in specific social group.

Until now, asylum seekers who were threatened because of something their family member did or did not do were eligible. For example, a mother whose life was threatened because her son refused to join a gang would previously qualify for asylum.

But the administration of President Donald Trump has taken several actions to limit asylum, including making it harder for victims of domestic violence to get protection and ending bond for asylum seekers, which was recently overturned in federal court.

It is unclear how many people are affected, but advocates say it could be thousands of people. The government doesn’t track cases involving people who are granted asylum because of their family ties.

Barr’s decision is on a case involving a Mexican man who is seeking asylum because his family was targeted after his father refused to let a drug cartel use his store for business.

Victoria Neilson, a managing attorney with the Catholic Legal Immigration Network, said the ruling reverses years of precedent and is another attack on asylum.

“It’s almost laughable if people were not going to be killed as a result of this decision,” Neilson said. /gsg