But promises not to block programs of the national government
By: Gabriel Pabico Lalu - Reporter / @GabrielLaluINQ
INQUIRER.net / 04:37 PM July 29, 2019 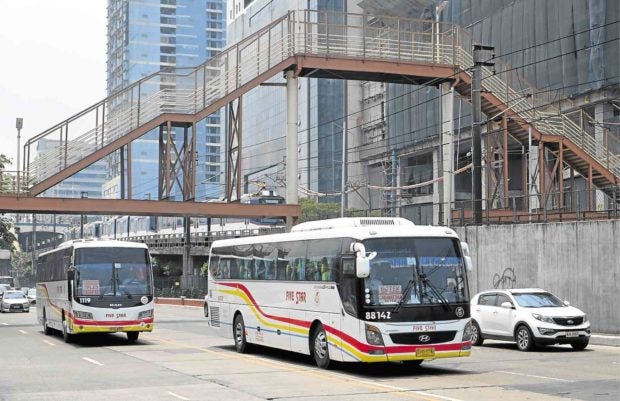 MANILA, Philippines – Quezon City Mayor Joy Belmonte has been considering various opinions in fixing her city’s road obstruction problems to arrive at a “win-win” situation between motorists and street vendors.

Belmonte bared this at a meeting of Metro Manila mayors at the Department of the Interior and Local Government (DILG) office on Monday in reference to reports that vendors removed along NIA Road in Diliman had returned.

“Actually, I had already talked to those who returned to NIA Road,” Belmonte, speaking in Filipino, told reporters on the sidelines of the meeting. “They have places to live in, but they go out to make a living. So we’ll see. NIA Road is wide enough as it is.”

“The problem is they’ unsightly. They’re an eyesore,” she added. “So what I plan for them is to give them proper stalls, even if I have to give them myself, so they could sell in the area because I don’t think they are an obstruction given the wideness of the street.”

Año issued the order on the instruction of President Rodrigo Duterte, who tasked the DILG with penalizing mayors who refuse to clear roads that cause heavy traffic.

But even with her own programs at hand, Belmonte said she would cooperate with the President and gave the assurance that she would not prevent the national government and other agencies from implementing their own programs. 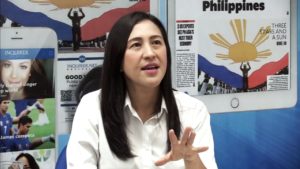 “But if the MMDA [Metropolitan Manila Development Authority] would tell me that I could not do one thing, we’d look for another solution,” she said. “The people are open to dialogue. The problem is that we have judged them already, that they would not understand. But when I talked to them, they said they understood.”

Belmonte also said that this formula would also apply to the impending ban of provincial buses along Epifanio de los Santos Avenue (Edsa).

Several provincial bus terminals are located on both sides of EDSA, particularly in Cubao, near Quezon Avenue and Kamuning Avenue.

“As I said when I was given the notice, I would have all the terminals shut down. I can do that,” Belmonte said. “Well, there are some options that were presented — such as the point-to-point buses, which they said they would increase.”

“So I would like to continue dialoguing with the people so we could come up with sustainable solutions to the problems,” she added. “I’m a very participatory leader. But at the end of the day, I don’t want to be a hindrance to the programs of our President.”

She said that she would use this formula — even if she would draw flak from the media or other stakeholders.

“We will do this with the police… But you know, I wanted to try to do it first without the police,” she said. “We will do whatever we can. For me, the important thing is planning.”

“So to those criticizing me: You want me to act fast. But I’m a planner. I’m a strategist. The plan has to in order. We have to take baby steps every week to accomplish it in 60 days.”