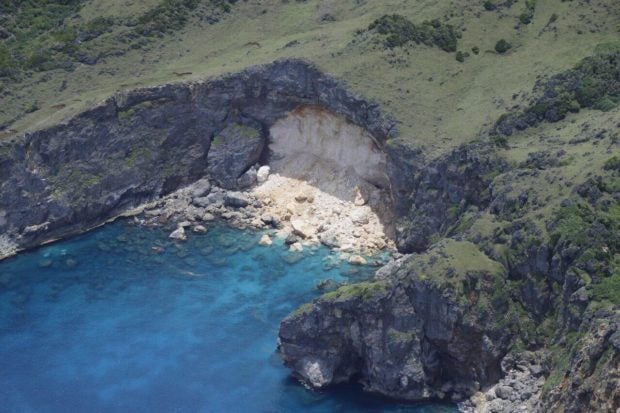 Aerial Inspection of Earthquake-Affected Sites in Itbayat, Batanes. Photos from the Office of Sen. Bong Go

BAGUIO CITY — Batanes Gov. Marilou Cayco said Monday search and retrieval efforts in the quake-stricken Itbayat town have been temporarily suspended since the ruins were not deemed safe.

In a television interview, Cayco said one person has been reported missing while eight people were confirmed dead after two major earthquakes struck the northernmost town of the country on Saturday.

She said 809 houses in Itbayat were either completely or partially damaged by the tremors, and survivors have been staying at makeshift shelters in the town’s plaza.