ATHENS, Greece – A magnitude 4.2 earthquake has struck not far from Athens and seismologists say it was an aftershock from a stronger quake more than a week ago. 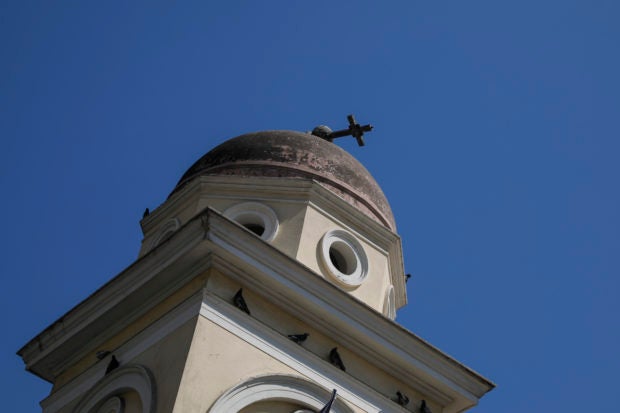 The bell tower of Pantanassa church at the Monastiraki square is damaged following an earthquake in Athens, Friday, July 19, 2019. The Athens Institute of Geodynamics gave the earthquake a preliminary magnitude of 5.1 but the U.S. Geological Survey gave it a preliminary magnitude of 5.3. The Athens Institute says the quake struck at 2:38 p.m. local time (1113 GMT) about 26 kilometers (13.7 miles) north of Athens. (AP Photo/Petros Giannakouris)

The Athens Institute of Geodynamics said Sunday’s earthquake happened at 7:09 p.m. and was centered 21 kilometers (13 miles) northwest of the Greek capital.

It was felt throughout the Athens area but there have been no reports of damage.

The head of the institute, Akis Tselentis, told state news agency ANA-MPA the temblor was an aftershock from the magnitude 5.1 earthquake on July 19 and there is no reason for concern.

Greece lies in an earthquake-prone part of the Mediterranean and magnitude 4 quakes are a regular occurrence./gsg