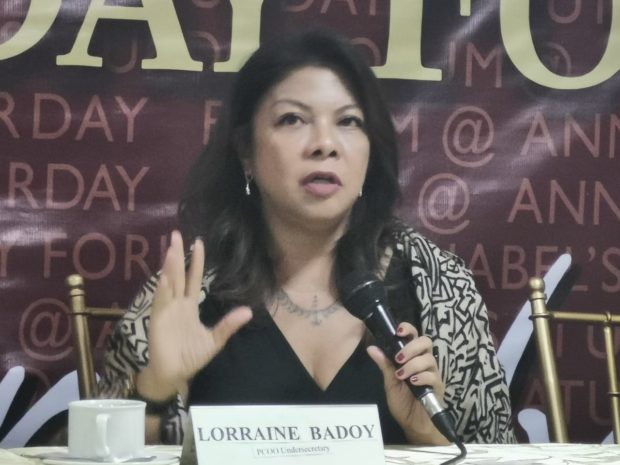 I’m very happy to report to you that a lot of this goes to 100 percent of the ones we approached have stop the funding,” the PCOO official said during the weekly Saturday forum at Annabel’s Restaurant in Quezon City.

Badoy is the head convener of strategic communications for the National Task Force to End Local Communist Armed Conflict, which was created by President Rodrigo Duterte in December 2018 under Executive Order 70.

The official added that this was the result of the task force’s talks with officials of the European Union (EU), European Parliament and the European Commission to ask Belgium and EU-member countries to stop funding these groups.

“Alam mo sila, they’re very strict when they’re cutting funds. Sabi nila sa amin: ‘We go through a process, etc.’ We kept our communication lines open and whatever they want and whatever evidence we gave them. So in the end, they decided to cut the funding,” Badoy further said.

Because of the cut, Badoy said that the communist group “is really hurting now.”

“For the first time, the government is doing its job. Kasi alam mo for over 50 years nobody challenged them eh, this CPP-NPA terrorist,” she said.

“We’ve successfully turned off their funds, their lifeline,” Badoy added, saying that the funds the “fronts” collected were used to “finance terrorism and poverty in the country.” /jpv