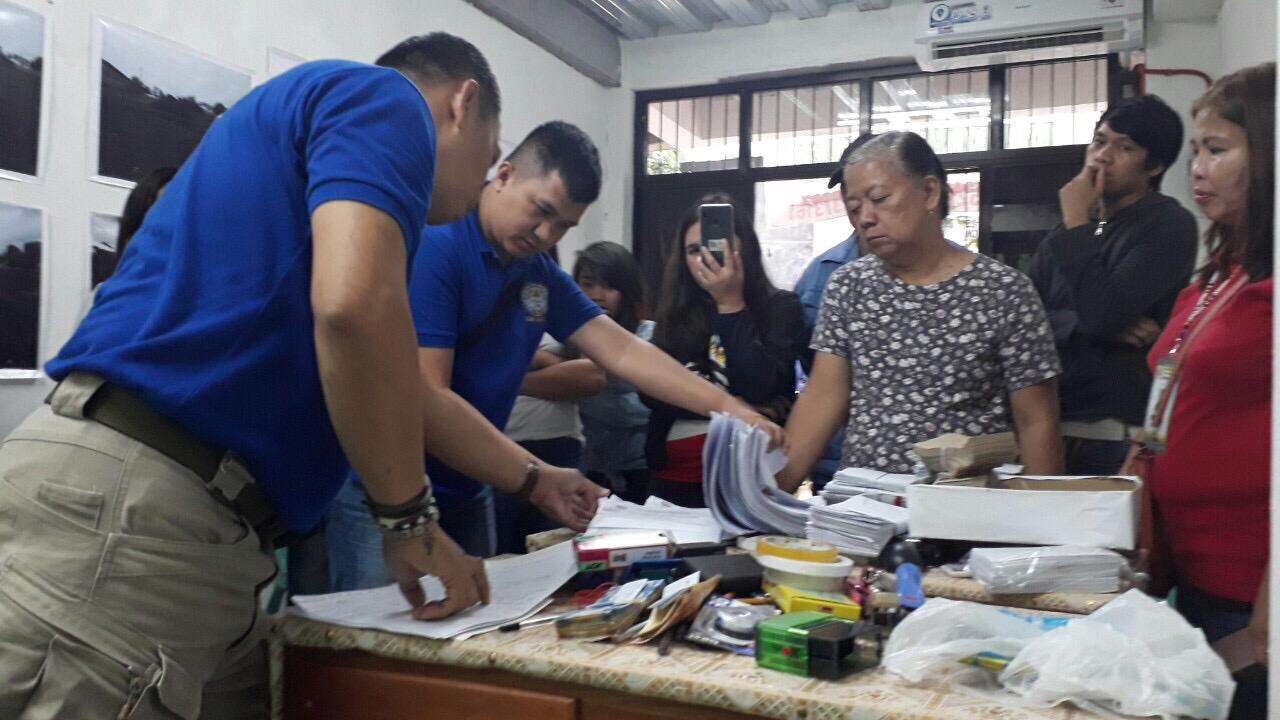 Operatives of the Criminal Investigation and Detection Group Regional Field Unit 10 conducts inventory of the pieces of evidence confiscated during a raid at the JA Mining Ventures branch in Malaybalay City, Bukidnon on Thursday, July 25, 2019. (Photo from CIDG)

MANILA, Philippines — Agents of the Criminal Investigation and Detection Group (CIDG) busted an alleged investment scam group in Bukidnon that promises investors 50 to 100 percent returns of their investments.

The operation was conducted from 2:00 p.m. until about 5:10 p.m. Thursday and was coordinated with the Police Regional Office 10 (Northern Mindanao).

According to Maj. Nap Carpio, deputy chief of CIDG RFU 10, the group promises their investors interest payouts 30 days after they have made the investments.

“Ito po ‘yung pang-entice nila sa public kaya marami po ang nahihikayat mag-invest (This is how they entice the public that’s why many are encouraged to invest),” he told INQUIRER.net.

The CIDG said five suspects were also arrested during the series of raids. They were identified as Emeliana Fernandez, Enie Oliquino, John Lister Pacunayen, Ojelyn Busbos, and Merlyn Perez.

Police also confiscated during the raids a total amount of P612,903 in cash, investment forms, acknowledgement receipts, computers, cellphones, printer, a bill counter machine, and other items and documents allegedly being used by the group in their illegal activities.

The suspects and pieces of evidence were brought to the CIDG Provincial Field Unit in Bukidnon, police said.

Cases for violation of the Republic Act 8799 or the Securities Regulation Code are now being prepared for filing against the suspects, the CIDG said. /muf