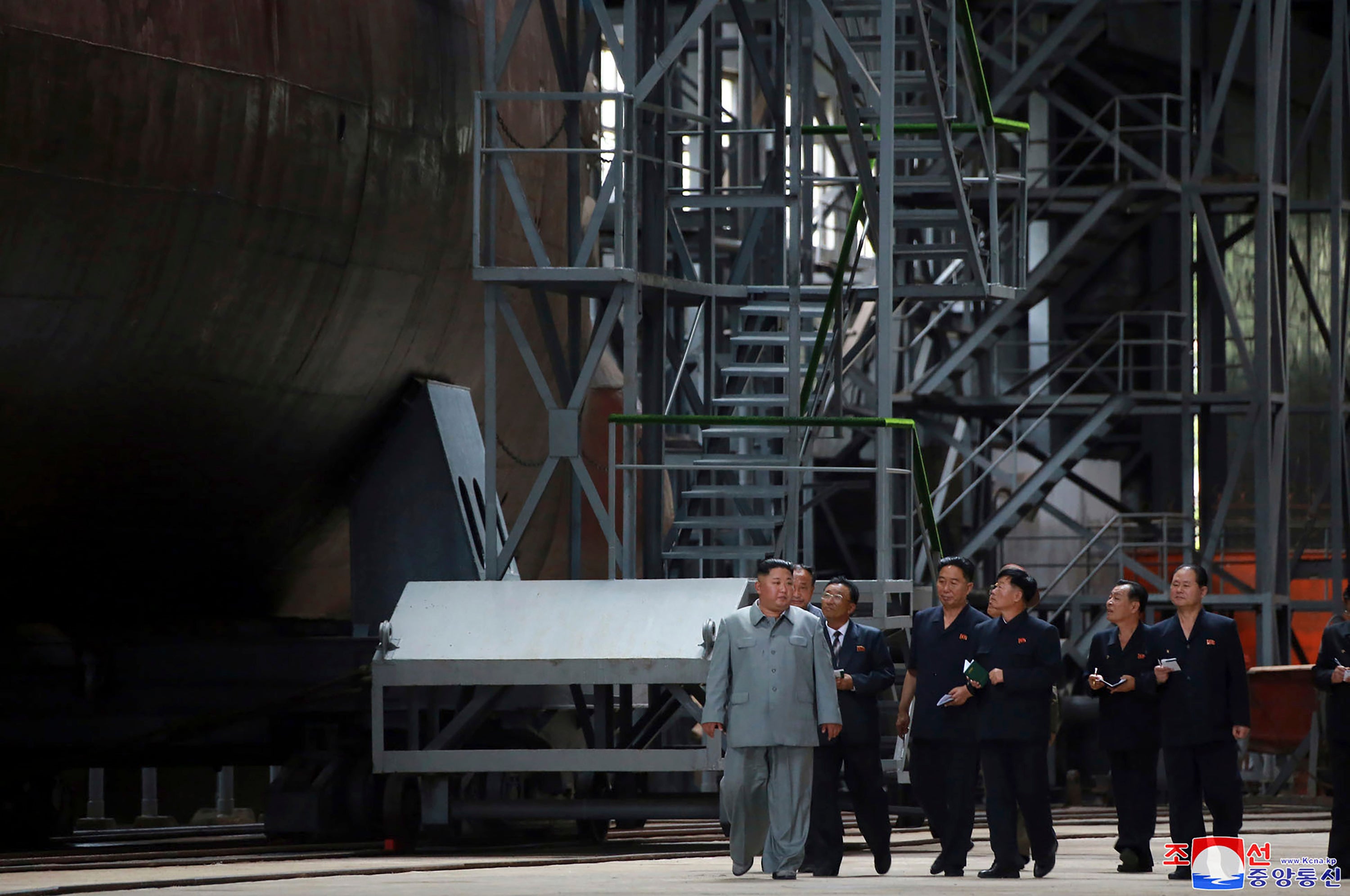 In this undated photo provided on Tuesday, July 23, 2019, by the North Korean government, North Korean leader Kim Jong Un, left, inspects a newly built submarine to be deployed soon, at an unknown location in North Korea. North Korean state media’s report on Tuesday comes days after North Korea said it may lift its 20-month suspension of nuclear and missile tests to protest expected military drills between the United States and South Korea. Independent journalists were not given access to cover the event depicted in this image distributed by the North Korean government. The content of this image is as provided and cannot be independently verified. Korean language watermark on image as provided by source reads: “KCNA” which is the abbreviation for Korean Central News Agency. (Korean Central News Agency/Korea News Service via AP)

TOKYO  — North Korea says its latest missile test that included a new type of a tactical guided weapon was meant as a “solemn warning” to South Korea over its weapons development and plans to hold military exercises with the United States.

The message Friday was carried on state media and released in the name of North Korean leader Kim Jong Un.

It was directed to “South Korean military warmongers” and comes as U.S. and North Korean officials struggle to set up working-level talks after a recent meeting on the Korean border between Kim and President Donald Trump seemed to provide a breakthrough in stalled nuclear negotiations.

North Korea is infuriated over U.S.-South Korean plans for drills that the North says are invasion rehearsals and proof of the allies’ hostility to Pyongyang.  /muf