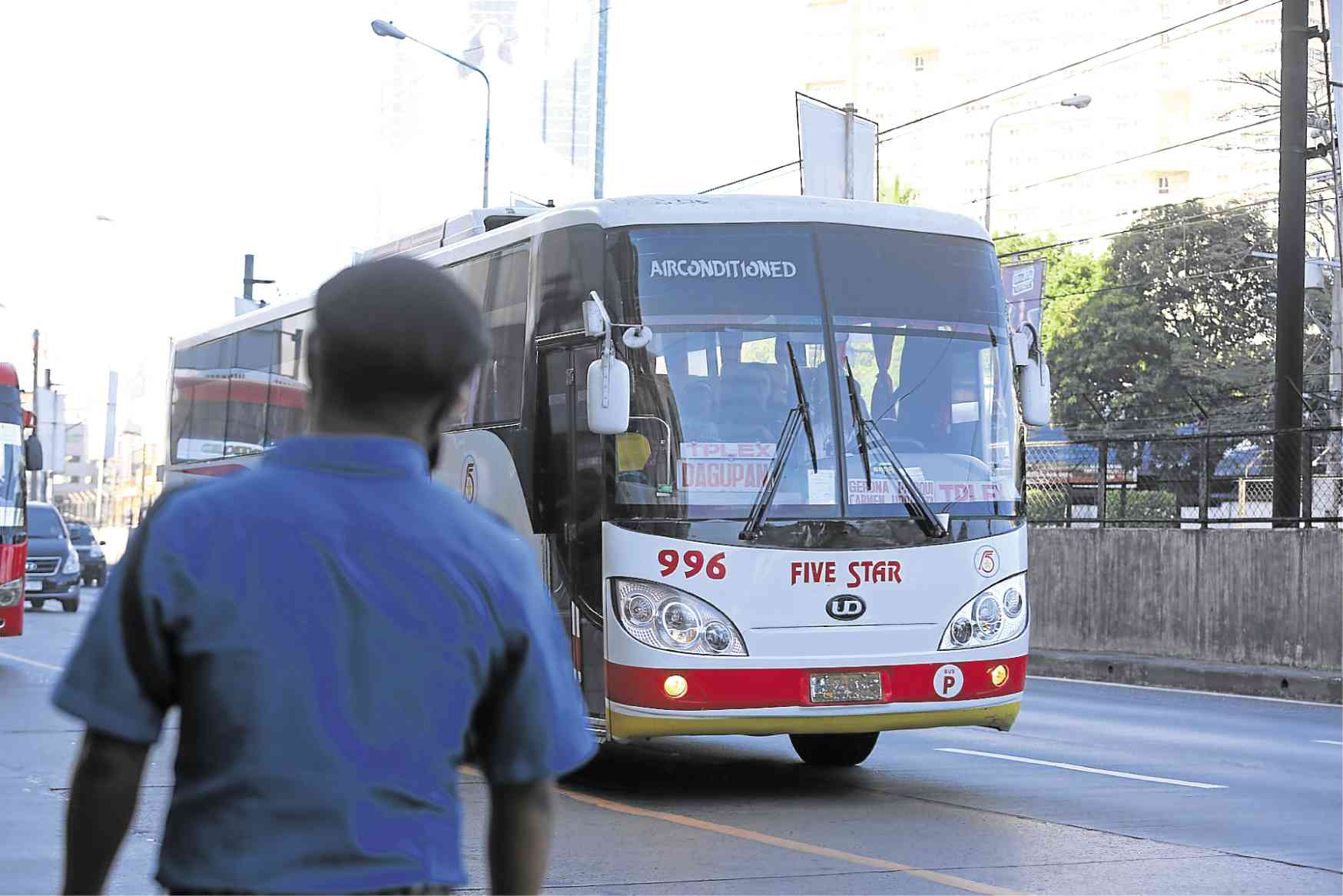 PART 2 The MMDA plans to hold another dry run of the provincial bus ban next month. It suspended the first one in May after lawmakers challenged the ban in court. —NIÑO JESUS ORBETA

The Metropolitan Manila Development Authority (MMDA) is preparing to implement another dry run of the provincial bus ban on Edsa by the second week of next month, despite the legal challenges posed by some lawmakers.

MMDA General Manager Jojo Garcia told reporters on Thursday that the agency would ask the Quezon City and Pasay governments to “cancel all the business permits” of provincial bus terminals in their areas before the Land Transportation Franchising and Regulatory Board’s Memorandum Circular No. 2019-31 takes effect on Aug. 2.

The memorandum circular amends the routes of more than 2,000 provincial buses. Those from the north will end their trips at the Valenzuela City interim terminals while those from the south will make their last stop at either the Sta. Rosa, Laguna or Parañaque terminals.

Should both cities heed the MMDA request, 47 provincial bus terminals along Edsa would be shuttered, despite court cases filed by several lawmakers in the Supreme Court and in the Quezon City Regional Trial Court, seeking to halt the ban’s implementation.

All systems go with no TRO

As long as the courts do not issue a temporary restraining order, however, “the plan to ban the provincial bus terminals along Edsa will push through,” Garcia said.

He promised to first iron out the kinks that plagued the first dry run, such as weak information dissemination and laxity in enforcement.

Garcia also assured the public that the interim terminals in Valenzuela and Sta. Rosa were ready for the influx of provincial buses.

The MMDA is planning to start the dry run by the second week of August or a week after the memorandum circular lapses into effectivity.

This time, the window hours for both the dry run and actual run will be from 11 p.m. to 4 a.m. Provincial buses can unload and load passengers in Cubao and Pasay within this period.

Quezon City Mayor Joy Belmonte was not interviewed during Thursday’s Metro Manila Council meeting. But Pasay Mayor Emi Calixto-Rubiano said she was ready to close the terminals in the city starting next week once she receives the MMDA request.