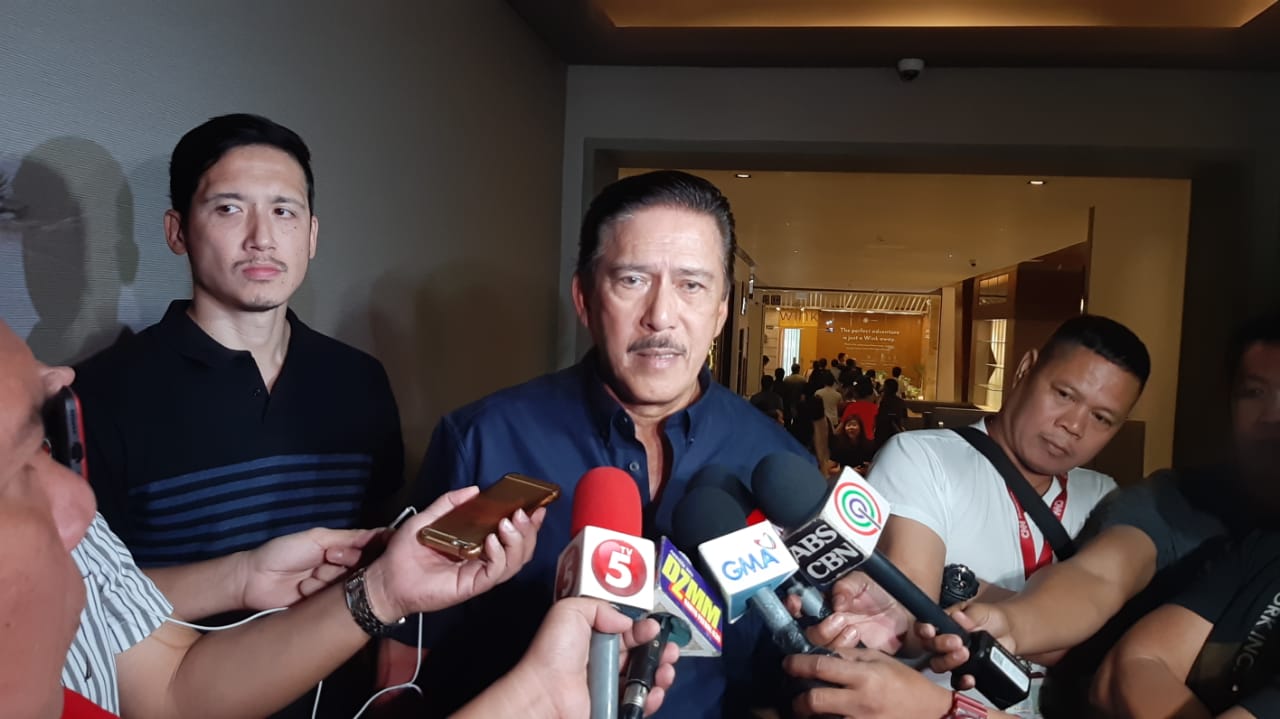 Commenting on Carpio’s remarks, Sotto said Malacañang did not submit to the Senate any document on the supposed fishing agreement between the two leaders, which President Duterte again mentioned in his State of the Nation address on Monday.

“How can we act on something we don’t have?” Sotto said in a Viber message to reporters.

“We do not practice motu proprio ratification or repudiation [of] something not submitted to us,” he added.

A day after the President’s speech, Carpio said the Senate should “assert its authority” under the 1987 Constitution to scrutinize the verbal deal between the President and Xi.

According to Carpio, a leading legal expert on the Philippines’ maritime row with China, the Constitution reserves for Filipinos the right to exploit marine resources in the West Philippine Sea, waters within the country’s 370-kilometer exclusive economic zone in the heavily disputed South China Sea.

He said any arrangement that the President entered into with a foreign leader should be “ratified by the Senate before it can be implemented.”

“What’s happening now [is] it’s being implemented without the approval of the Senate. So the Senate must assert its authority because under the Constitution the Senate must give its concurrence by a two-thirds vote to any treaty or international agreement entered into by the President,” he said.

But Sen. Francis Tolentino, a lawyer but junior member of the Senate, said there was no need for the Senate to ratify the verbal agreement, pointing out that such understanding between two state leaders was “binding” in international law.

“It has been done before in several instances. That oral agreement is akin to the nature of an executive agreement,” Tolentino told reporters.

He likened the verbal deal to the Enhanced Defense Cooperation Agreement (Edca), which the Aquino administration entered into with the United States to boost military cooperation between the two countries.

“Edca was never subjected to a Senate scrutiny for concurrence because it’s an executive agreement. Edca just implemented the MDT,” he said, referring to the Mutual Defense Treaty between the Philippines and the United States.

Tolentino claimed that the oral deal on Chinese fishing in the West Philippine Sea was just an implementation of the United Nations Convention on the Law of the Sea, which Manila invoked in its successful challenge to Beijing’s claim over nearly the entire South China Sea in the UN-backed Permanent Court of Arbitration in The Hague.

‘In possession’ vs ‘in position’

In his address to the opening session of the 18th Congress on Monday, the President reiterated that he could not stop the Chinese from encroaching on the West Philippine Sea because China was “in possession” of those waters.

National Security Adviser Hermogenes Esperon Jr. told reporters on Tuesday that what the President meant was that China was “in position,” as it had established its presence in parts of the South China Sea claimed by its smaller neighbors—the Philippines, Brunei, Malaysia and Vietnam.

Defense Secretary Delfin Lorenzana agreed, saying the President could be referring just to Panatag Shoal, a traditional fishing ground in the West Philippine Sea that does not belong to any particular country in the region but which China seized in 2012.

But presidential spokesperson Salvador Panelo said what the President said was that China was “in possession” of the West Philippine Sea and that as far as he was concerned, China owned those waters.

On Wednesday, Panelo claimed that there was no contradiction between the President’s “in possession” and Esperon and Lorenzana’s “in position.”

“I said I called that legal or constructive possession because their explanation also is the same as my explanation. I said [on Tuesday] that [China] has military installations there, ships, airports, which is why they control the whole area,” Panelo told reporters.

“That is also what they are saying. They are positioning in advantage because they have a lot of military [installations]. There is no contradiction between position and possession,” he added.

Asked which the President really meant, Panelo said both were applicable.

“When [the President] says possession, he also refers to the position of the military installations there,” Panelo said.

The President’s assertion does not weaken the Philippines’ claim over the West Philippine Sea, he added.

“He said no ifs and no buts, it is ours,” Panelo said.