Boracay land reform yet to be completed 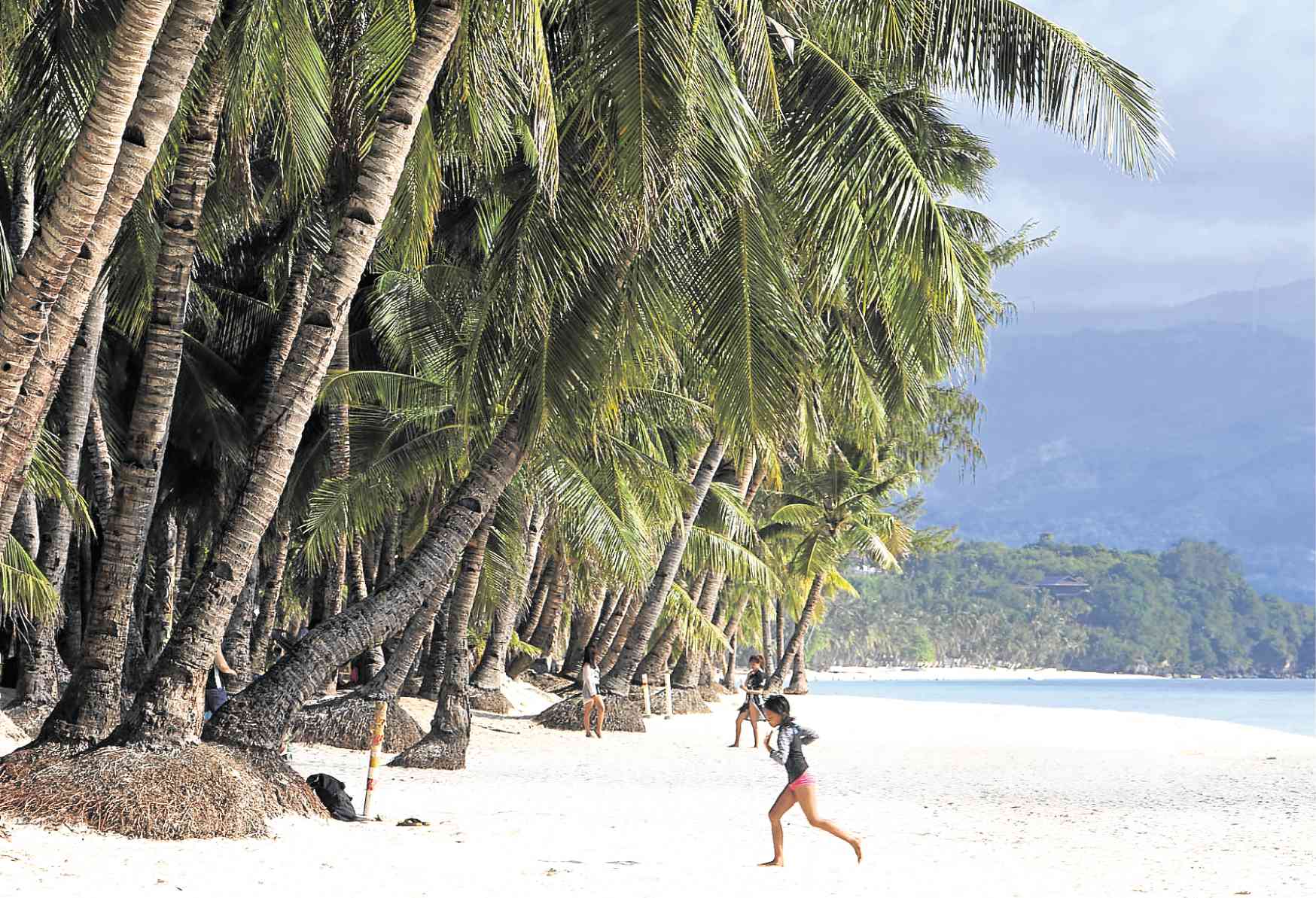 A PIECE OF PARADISE The government has placed agriculture areas on the resort island of Boracay in Aklan province under land reform to benefit local farmers and members of the Ati tribe. MARIANNE BERMUDEZ

ILOILO CITY, Iloilo, Philippines — At least 18 hectares of land identified for agrarian reform on Boracay Island remain to be distributed to beneficiaries, according to the Department of Agrarian Reform (DAR).

The parcels of land will be given to native settlers of the resort island who do not belong to the Ati tribe.

In his State of the Nation Address on Monday, President Duterte cited among his administration’s accomplishments the distribution of land to the Ati tribe of Boracay in Malay, Aklan.

“So I told the [Department of] Agrarian Reform, ‘Go to the place, have it inspected because I will declare the whole of the island a land reform program.’ And I gave the islands piece by piece to the Atis, the natives of the place,” the President said.

In November last year, Mr. Duterte formally turned over the 3.2 ha of land to 44 families belonging to the Boracay Ati Tribal Organization.

The land area is 0.31 percent of the 1,032-ha island, which is among the top tourist attractions of the country.

The parcels of land are covered by five collective certificates of land ownership award (Cloas) in four areas at Barangay Manoc-Manoc, one of the three villages on the island. 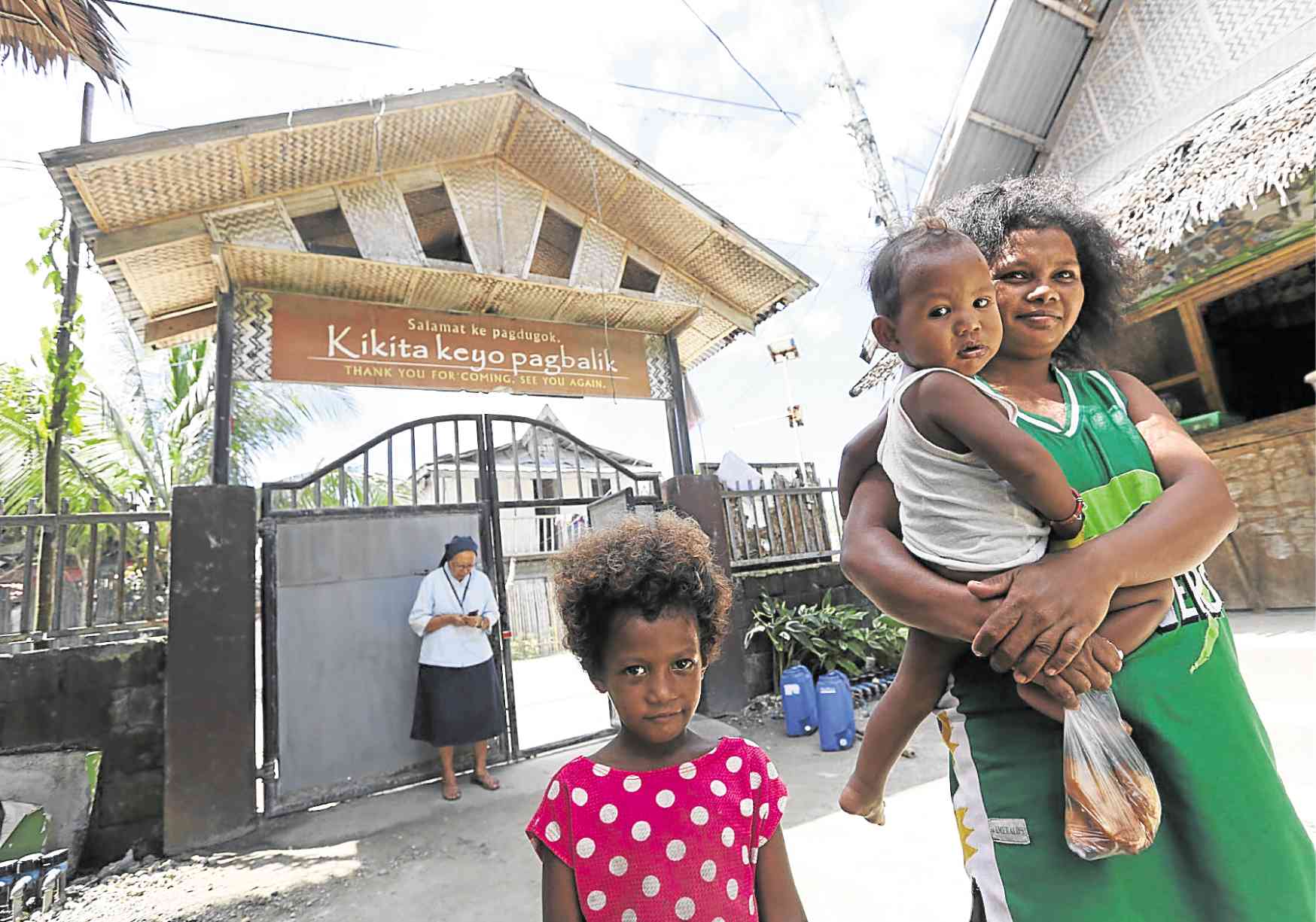 ATI LAND Ati families are said to be among the first inhabitants of Boracay, an island in Malay, Aklan, that has attracted tourists due to its white sand beaches and clear waters. —MARIANNE BERMUDEZ

The government, through the National Commission on Indigenous Peoples, issued in 2011 a certificate of ancestral domain title (CADT) to the tribe covering a 2.1-ha beachfront property in Manoc-Manoc.

The community occupies only a portion of the CADT-covered property due to ownership disputes.

Agrarian Reform Secretary John Castriciones, in a press conference here on Wednesday, said that aside from the 3.2 ha already turned over to the tribe, about 16 ha would still be distributed.

He said a deed of transfer covering the 16 ha had been executed by the Department of Environment and Natural Resources (DENR) with the DAR for processing and eventual distribution.

Castriciones said the DAR had also identified residents who have land claims in Boracay.

He said this will help clear the wetlands of the island because many of the beneficiaries are residing in wetland areas.

Aside from the 16 ha, Leonidas said parcels of land, covering 2.3 ha in Barangay Manoc-Manoc, were being processed for awarding through a collective Cloa to 31 non-Ati families within the year.

He said they were waiting for the completion of the subdivision plan for the area.

The remaining 16 ha being considered for distribution were still being validated by a team composed of personnel from the DAR and the DENR. This involves determining the suitability of the land for agriculture, delineation of boundaries and identification of beneficiaries.