Maranao leader to Duterte: What really happened in Marawi? 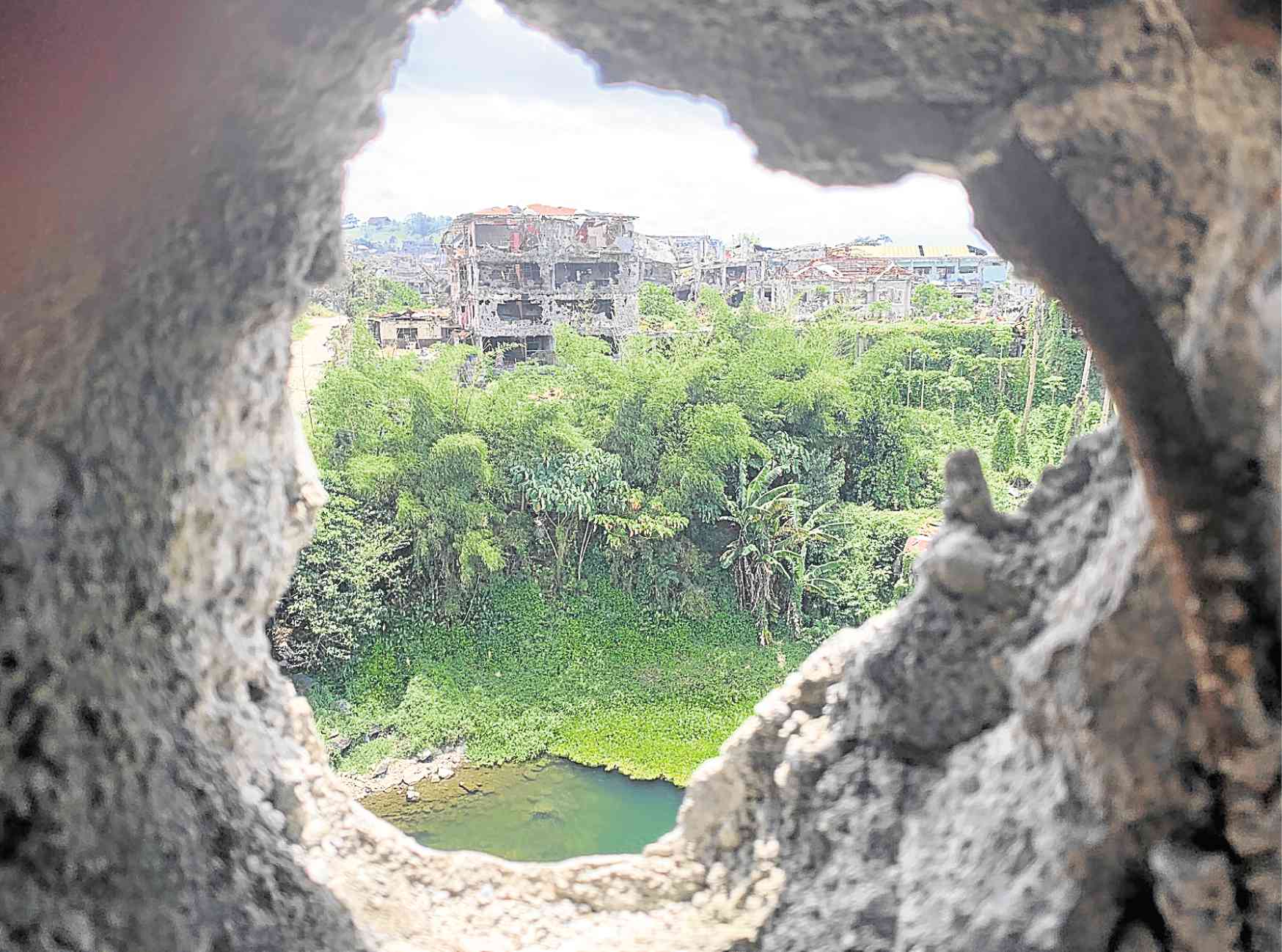 CITY IN RUINS Sections of the ground zero of the 2017 battle to retake Marawi from Islamist militants lay in ruins as the government prepares rehabilitation plans and coordinates rebuilding efforts in the city. —JEOFFREY MAITEM

DAVAO CITY, Davao del Sur, Philippines — A Moro leader whose family was displaced by the government’s five-month battle with terror groups in Marawi in 2017 dared President Duterte to call for a televised inquiry into what happened in the Islamic City two years ago, after the President did not mention the city’s rehabilitation during his State of the Nation Address (Sona) on Monday.

“Mr. President, do yourself a favor, stop lying about Marawi,” Drieza Lininding, convener of the Marawi-based Moro Consensus Group, said.

“Let’s do a televised inquiry or investigation of what really transpired in Marawi,” he said. “You’re so used to dumping foul things upon us, that’s why, you could no longer bear to look at the state of the evacuees and you showed no concern for us,” he added.

The group earlier criticized the government for using excessive force in dealing with the extremists, which reduced the once bustling Marawi into rubble after months of heavy bombardment by government forces seeking to crush members of the Islamic State-inspired Maute group.

Lininding lamented the President’s no mention of Marawi’s rehabilitation on his fourth Sona as Mr. Duterte only cited the war in Marawi to lobby for his campaign for the reimposition of death penalty for crimes related to drugs and plunder.

“It only proved his ‘zero concern’ for the people of Marawi,” Lininding said. He added this was despite the President’s repeated claims in the past that he belonged to a family with a Maranao lineage.

In his Sona, Mr. Duterte said “tons of ‘shabu’ (crystal meth) worth millions of pesos and drug money” were recovered from the battle area which he believed was proof that the illegal drug trade bankrolled the operations of local extremists.

Lininding said the statement only added to the string of still unproven theories about what transpired in Marawi during the siege.

Inside the Mindanao State University (MSU), where hundreds of people were gathered to counter the President’s Sona with their State of the Marawi Bakwets (Sombak), evacuees remembered the five-month war through poems, songs and theatrical presentations.

A huge streamer hung inside the Peace Convergence Hall of MSU’s Institute for Peace and Development in Mindanao which read, “We want to go home,” echoing the evacuees’ dream of returning to their communities more than two years after the fighting.

Among the displaced residents, Sittie Hana Abdul Moner, 42, brought her 1-month-old baby to take part in the Sombak and express her wish to return home.

“We want to go home to Datu Dansalan where our house had been burned down. We want to get back on our feet,” Abdul Moner said.

The gathering at the MSU campus on Monday was the evacuees’ version of the Sona to give “every mother who lost a child to the war, every displaced family who had no toilet, every couple who had no room of their own” a chance to speak, said civil society leader Samira Gutoc-Tomawis.

Tomawis, who ran and lost in this year’s senatorial election, said nothing could prevent them from talking about the real situation of Marawi evacuees.

More than 500 displaced residents who gathered there gave Mr. Duterte a failing grade for his unfulfilled promises.

They had long expected to return home but the deadline had been moved again to September this year.

“President Duterte in his early pronouncements said the government would support the rehabilitation and rebuilding of houses of IDPs (internally displaced persons) at ground zero but he backtracked from his promises,” Lininding said.