Iloilo placed under state of calamity amid rising dengue cases 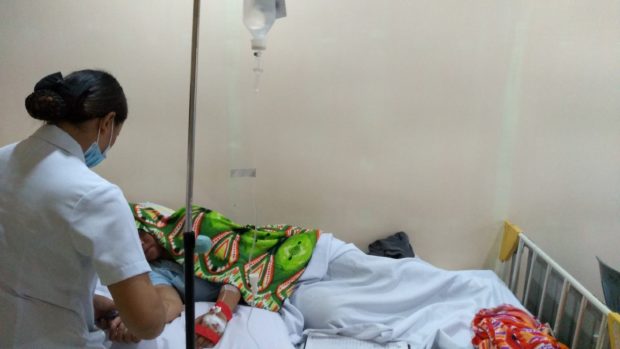 HOSPITAL STAY A nurse checks on a dengue patient in one of the private hospitals in Koronadal City. South Cotabato is among the latest provinces to tap calamity funds to check the spread of the mosquito-borne disease. —BONG SARMIENTO

ILOILO CITY — The Iloilo provincial board on Tuesday placed the province under a state calamity due to continuing increase of dengue cases.

An outbreak has also been declared in Iloilo City.

With this, the provincial board also approved the release of P26.5 million for the purchase of medicines, laboratory supplies, insecticides, and fogging equipment.

On Monday, Iloilo City Mayor Jerry Treñas declared a dengue outbreak in the city where 867 dengue cases, including five fatalities, have been recorded as of July 13.

Western Visayas that includes the provinces of Aklan, Antique, Capiz, Guimaras, Iloilo, and Negros Occidental has the highest number of dengue cases among the 17 regions in the country.

Authorities said the region registered 18,834 dengue cases with 94 deaths as of July 13. /kga