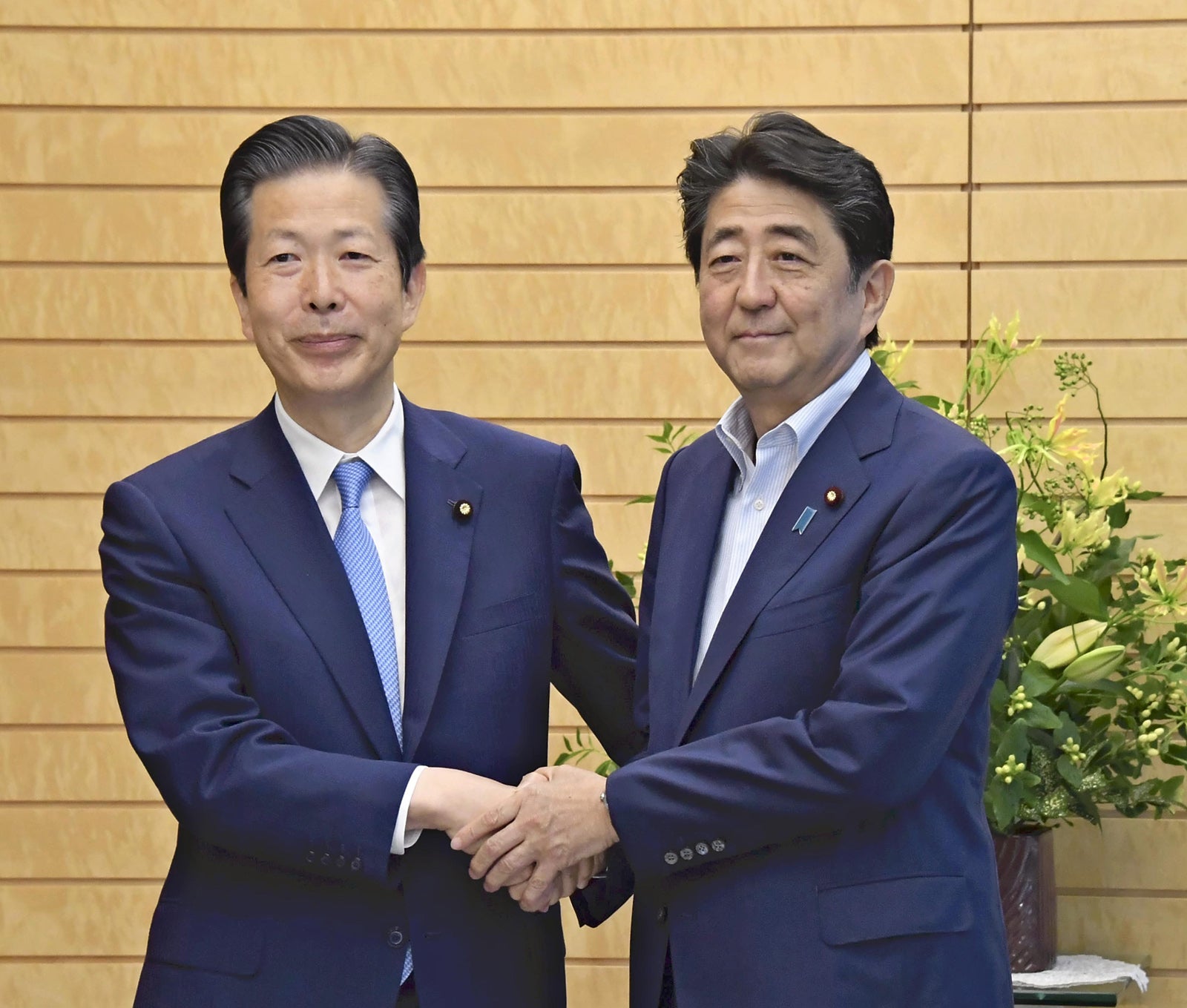 TOKYO – Prime Minister Shinzo Abe will focus on the implementation of his campaign promises, including moves to revise the Constitution, following the strong showing by the ruling coalition of the Liberal Democratic Party and Komeito in Sunday’s upper house election, where they won more than a majority of the contested seats.

Abe aims to hold a national referendum on constitutional revision by September 2021, when his tenure as LDP president expires.

The government will also start full-fledged discussions on how to deal with a U.S.-proposed coalition of the willing to guard the Strait of Hormuz in the Middle East.

Abe held talks with Komeito leader Natsuo Yamaguchi at the Prime Minister’s Office on Monday afternoon to confirm that the ruling coalition will take all possible measures to manage the administration on a stable foundation, as the coalition holds a majority in both chambers in the Diet.

Regarding launching the process of constitutional revision in the Diet and a national referendum among the public on the subject, Abe said on TV Sunday night, “Although there is no particular deadline, I really want to somehow realize them during my term.”

The ruling coalition, Nippon Ishin no Kai and independents who favor amending the Constitution failed in the election to reach two-thirds, or 164, of the total seats of the upper house that is required to initiate the amendment. This makes it necessary for Abe to obtain cooperation from opposition parties.

“It is important for each party to present its own views at the commissions on the Constitution, hold constructive discussions, and lead to nationwide discussions,” Chief Cabinet Secretary Yoshihide Suga told a news conference held Monday morning.

The Democratic Party for the People has expressed its willingness to discuss the Constitution. At the Diet’s extraordinary session this autumn or later, the LDP is hoping to reach an agreement with a large number of lawmakers through discussions on the commissions.

The immediate task for the administration is to deal with a coalition of the willing to ensure the safety of the Strait of Hormuz. “We are listening to what the U.S. side says about the plan,” Abe said on a television program on Sunday. “First of all, I want to have a clear understanding of it.”