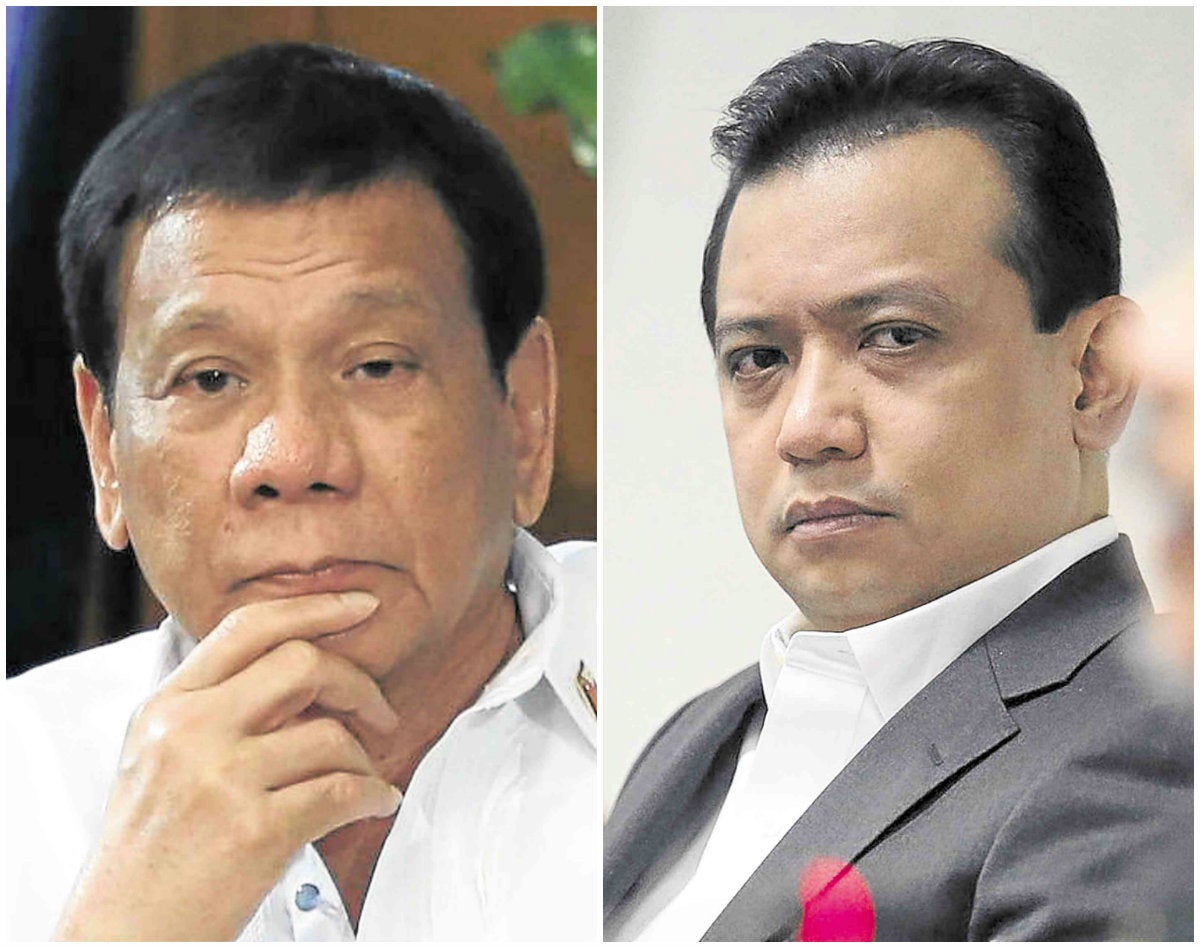 MANILA, Philippines — President Rodrigo Duterte admitted to the crime of plunder when he confirmed that he and his former assistant, now Sen. Bong Go, intervened in the frigate acquisition project of the Philippine Navy, a former lawmaker said Tuesday.

“Duterte’s admission of his and Bong Go’s involvement in the frigate scam is actually an admission to the crime of plunder,” former Senator Antonio Trillanes IV said in a statement.

Trillanes, who was also a former Navy officer, was one of the critics of the controversial big-ticket project.

Controversy marred the project in late 2017 after then Navy chief Vice Adm. Ronald Joseph Mercado was sacked for pushing for a certain brand of combat management systems (CMS) for the frigates that was chosen by the Navy’s technical working group.

Malacañang reportedly intervened in the selection of the CMS and in favor of the Korean supplier, prompting the Senate and House of Representatives to investigate into the matter.

At his State of the Nation Address (Sona), Duterte said the frigate controversy helped Go to land a seat to the Senate because he acted on a complaint of the supplier as part of their efforts to address complaints against public officials and the bureaucracy.

But Trillanes said the role of Malacañang helped the South Korean supplier “make it profit billions pesos more by forcing the Philippine Navy to accept several substandard equipment, such as the combat management system, that were different from the list specified in the original contract.”

“And when the Navy Flag Officer in Command Admiral Mercado insisted that the contract be implemented faithfully, Duterte had him fired unceremoniously,” he said.

Former Magdalo Representative Gary Alejano, a former Marine officer and one of those who pushed for an investigation into the project, said Duterte’s statement in his Sona “vindicated” them in their exposé.

“Malacañang has unnecessarily influenced the procurement process against the wishes of the Navy leadership and in favor of the Korean contractor,” he said.

“This will strengthen any case to be filed in the future. To make this controversy as the reason for Go’s running is an insult to the sailors and marines in the Navy,” he added. /je