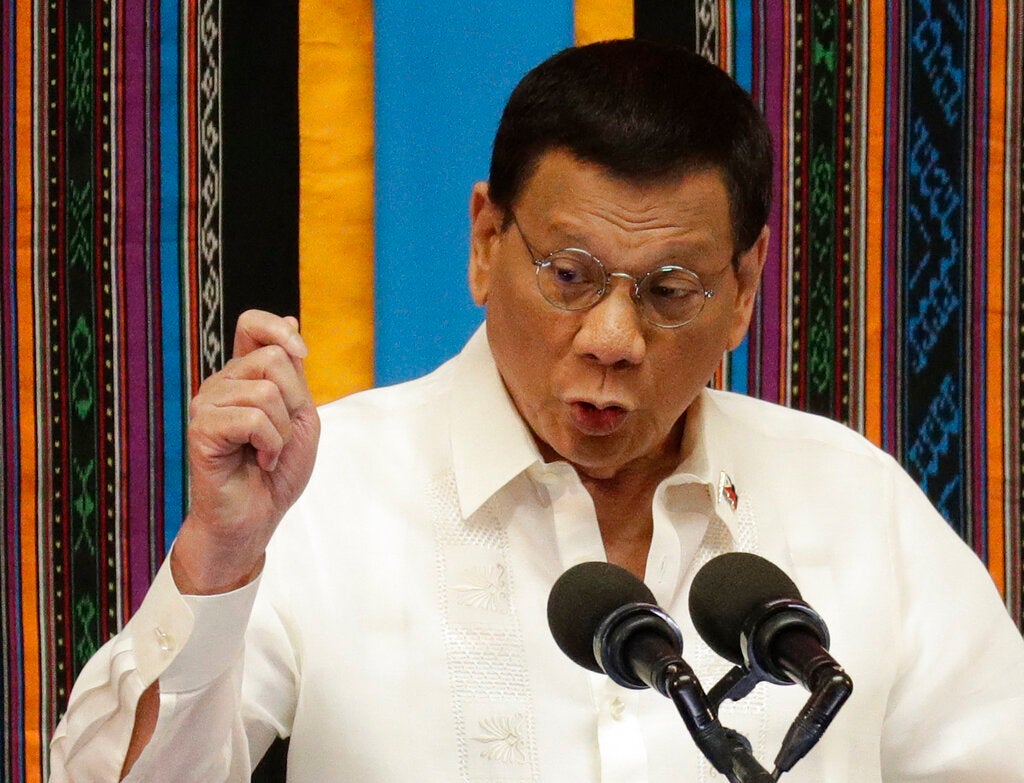 President Rodrigo Duterte talks during his 4th State of the Nation Address at the House of Representatives in Quezon City on Monday, July 22, 2019. (AP)

“President Rodrigo Duterte delivered his fourth State of the Nation Address (SONA) consisting of 19 pages worth mostly of make-believe narration of the actual state of the nation, reiterating his unfulfilled promises from three years ago,” NUPL said in a statement on Tuesday.

Three years after Duterte assumed office, the group said the President continues to “end the lives” of drug suspects, adding that the justice system “remains elusive” for those killed under the administration’s brutal crackdown on illegal drugs.

“The President is still waging his war against illegal drugs, which the entire world has seen as nothing but a war against the poor. During his campaign, he promised to end the drug war in three to six months, but three years after he was elected, all he did was to end the lives of thousands of Filipinos the police officers conveniently tagged as either ‘nanlaban’ suspects or collaterals,” NUPL said.

“And worse, justice remains elusive for all of these victims as the State perpetrators exploit and contort existing laws to suit their whims and ensure impunity,” it added.

The NUPL also pointed out that instead of welcoming the Iceland-led resolution that would thoroughly review the human rights situation in the Philippines, including under his war on drugs, Duterte opted to ask members of Congress to reinstate the death penalty for drug suspects and plunderers.

“Recently, the United Nations Human Rights Council voted to look into the killings in the Philippines, which the administration shunned. Instead of welcoming the independent examination, he called again for the Congress to reimpose the death penalty for drug suspects and plunderers,” the NUPL said.

The group also took a swipe at several politicians “guilty of plunder” with some even attending the President’s Sona donned in “extravagant” outfits.

“The courts have already found several politicians guilty of plunder, but we have yet to see them behind bars, with some in their extravagant barongs and Filipinianas, attending the SONA,” the NUPL said. /gsg