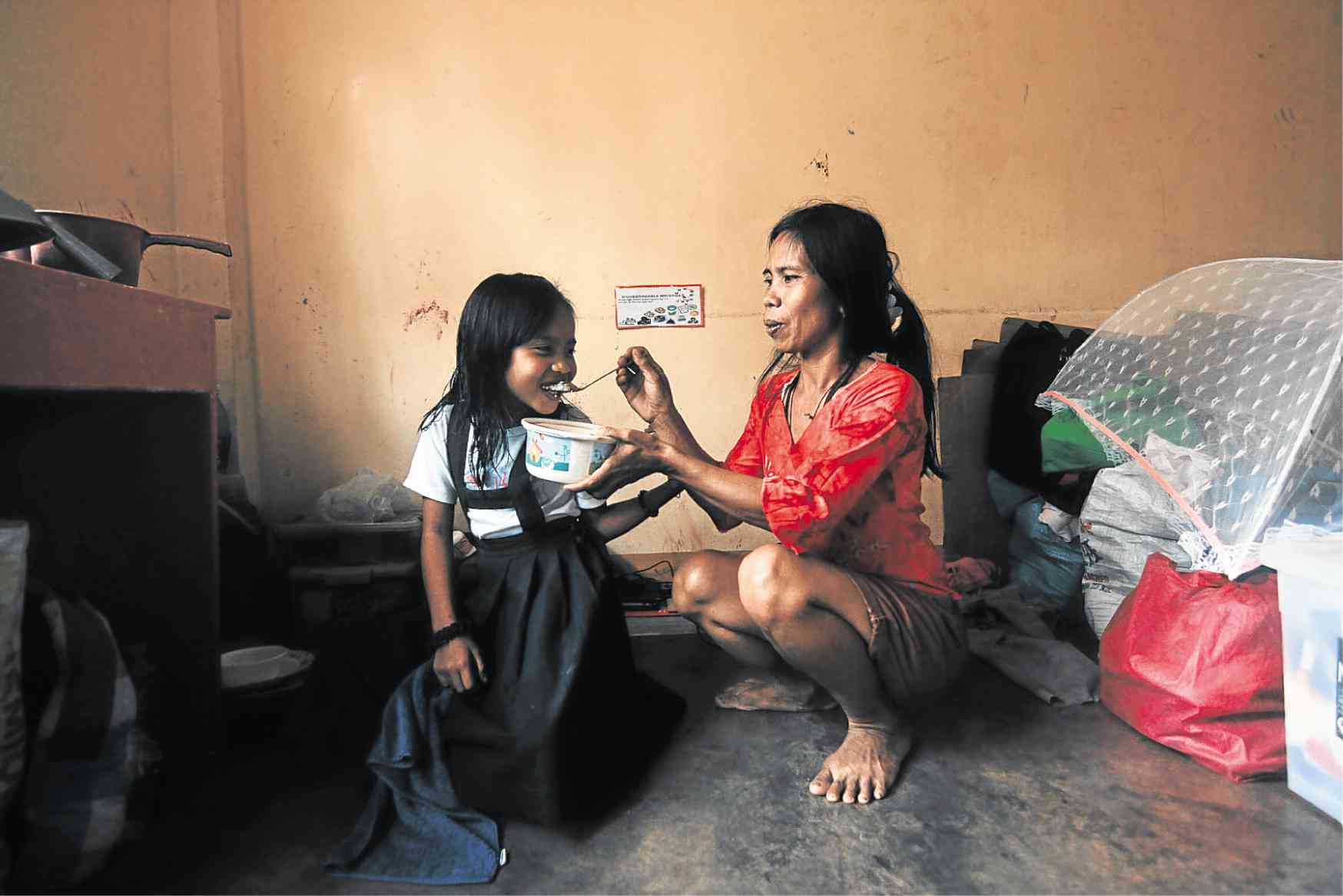 LIFE DISRUPTED In this photo taken in February last year, a mother finds a way to make life as normal as possible for her daughter as she prepares her lunch in an evacuation center at Barangay Baligang in Ligao City. Residents in danger zones around Mt. Mayon in Albay province had to leave their communities early last year after the volcano showed signs of restiveness. —GEORGE GIO BRONDIAL

LEGAZPI CITY, Albay, Philippines — Thirty-one permanent evacuation centers are due to be completed in Bicol region before the year ends, giving families displaced by natural disasters safer and more comfortable areas to stay until they return to their home villages.

“The evacuees will be safe. It is because the locations of [these] evacuation centers were identified by the Mines and Geosciences Bureau, meaning [these are] not prone to flood, landslide and other forms of hazard,” said Claudio Yucot, Office of the Civil Defense regional director in Bicol.

In Bicol, as in other regions, families seeking safety during flooding, typhoons or volcanic eruptions stay in school buildings, village halls, covered courts, public gymnasiums or local churches due to shortage of evacuation centers.

“The evacuation centers will answer the usual problem of temporary shelters of affected population whenever disaster strikes,” Yucot said, noting that the construction would be funded by the National Disaster Risk Reduction and Management Council.

Three evacuation centers will rise in the towns of Labo, Daet and Basud in Camarines Norte province. Three others will be built in the Catanduanes towns of Pandan, San Andres and Viga.

Seven will be put up in the towns of Polangui, Camalig, Tiwi, Jovellar, Sto. Domingo, Bacacay and Pio Duran in Albay province while the towns of Bulusan, Bulan, Sta. Magdalena and Matnog in Sorsogon province will also have their respective evacuation centers.

In Masbate, centers will also be built in the towns of San Fernando, Mobo and Balud.

Each center will have a covered court that can be converted into an evacuation space, a mess hall with kitchen, storage area, play area with breastfeeding room, conjugal space, toilets and bathrooms, clinic and prayer room. —MICHAEL JAUCIAN