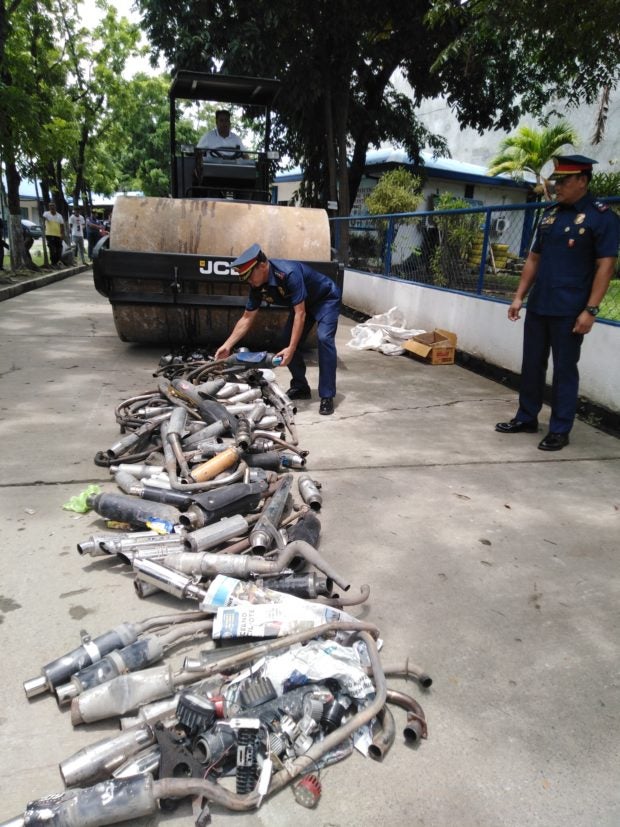 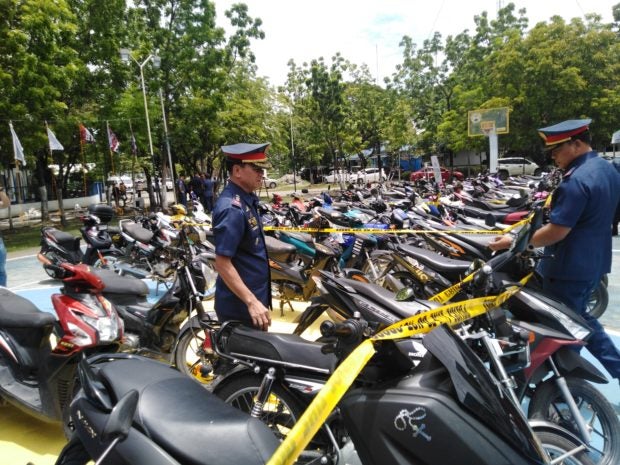 Seized motors. About 300 motorcycles were seized in Bulacan through the police’s Oplan “Angry Bird.”(Photo by Carmela Reyes-Estrope)

Just last week, 500 grams of “shabu” (crystal meth) worth P3.4 million were seized from three suspects in City of Malolos.