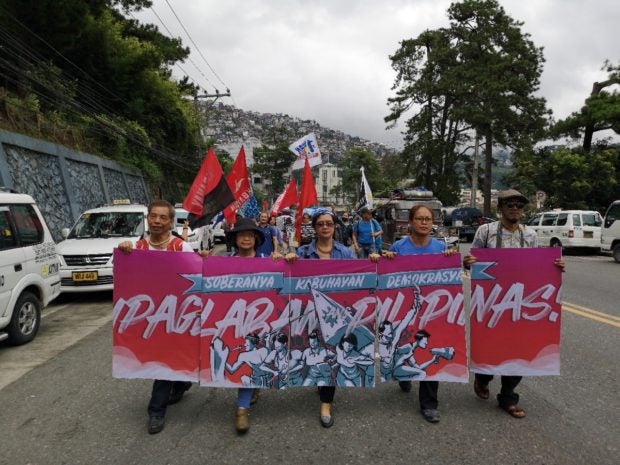 Baguio protesters march along Magsaysay Avenue as they call for unity against Chinese intrusion in the West Philippine Sea ahead of President Duterte’s State of the Nation Address on Monday, July 22. Photo by EV Espiritu

BAGUIO CITY –– Calling for unity against Chinese intrusion in the West Philippine Sea, over 200 people here staged a protest rally ahead of President Duterte’s fourth State of the Nation Address (SONA) on Monday, July 22.

The protesters, composed of indigenous people, youth, and professionals, marched along Magsaysay Avenue and later held what they called the “People’s SONA” at the People’s Park.

“China is like a shark that preys on small fishes like us, but we should not cower in fear. Let us find strength in our unity,” said Sarah Dekdeken, secretary-general of the Cordillera Peoples Alliance.