Guard shot in the head, cashier wounded during armed robbery at gasoline station 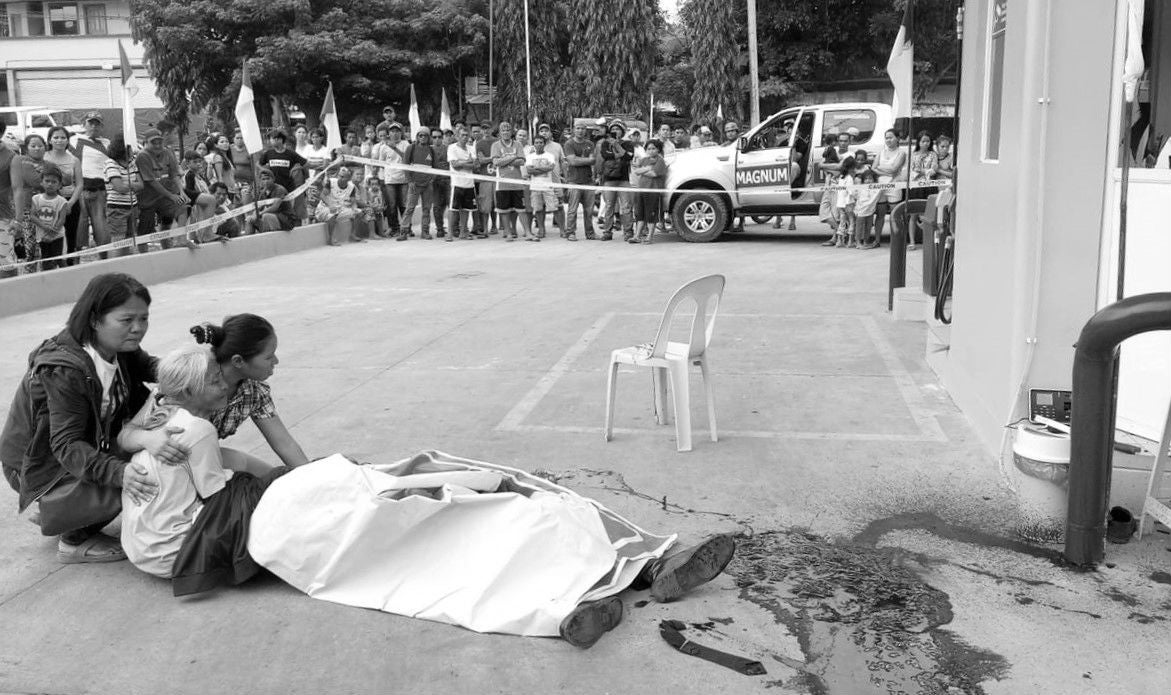 Family members look at the tarpaulin-covered body of security guard Dominico Servandel after he was shot by a fellow security guard at the gasoline station in Barangay Katipunan, Villanueva town, Misamis Oriental at dawn hours of Sunday. PHOTO BY MENZIE MONTES

CAGAYAN DE ORO CITY—A security guard was killed and cashier was wounded when two motorcycle-riding men, later identified as security guards themselves, robbed a gasoline station at the village of Katipunan in Villanueva town, Misamis Oriental province on Sunday (July 21).

Police said Dominico Servandel, 22, of the Lux Interna security agency assigned to the Phoenix refueling station at Katipunan, fell asleep when the suspects came past 3 a.m.

One of the suspects, later identified as Reymark Pumatong, 27, allegedly took Servandel’s service firearm, a shotgun, and shot Servandel in the head, killing him instantly. The other suspect was identified as Bernie Doldol, 28.

Axcel Rose Gemino, 25, cashier at the Phoenix station, was hit in the face. She was brought to the Northern Mindanao Medical Center for treatment.

Police said the suspects took off with P25,000 from the station’s cash register.

Daponlay identified Pumatong as the head guard at the Lim Ket Kai and Sons (LKKS) oil manufacturing facility in Katipunan.

The Villanueva police was able to identify Pumatong and Doldol from footage taken by the gasoline station’s security cameras and from information provided by concerned employees at LKKS.

Daponlay said Pumatong was arrested inside the LKKS facility while Doldol was arrested at home at the village of Santa Cruz in Tagaloan town.

The suspects face robbery with homicide charges and are now detained at the Villanueva police station.

Police said Pumatong admitted he was having financial problems as his wife had just given birth and he needed money to pay for the caesarian operation.

Daponlay said Pumatong had applied for a loan at the security agency but was turned down.