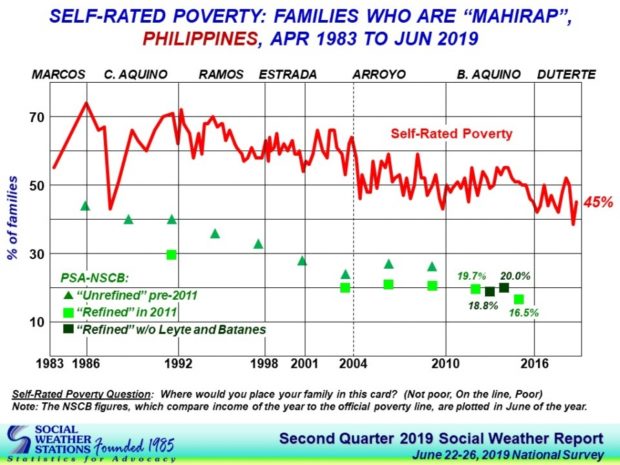 MANILA, Philippines — About 11.1 million families or 45 percent of Filipinos said they are poor, according to the second quarter of 2019 Social Weather Stations (SWS) survey on Saturday.

SWS said this number increased by 7-percentage points compared with the 38 percent Filipinos or 9.5 million families who considered themselves as “mahirap” or poor in March 2019.

A showcard with the choices Hindi Mahirap (Not poor), Sa Linya (On the line), Mahirap (Poor) were also shown as answers for the question. /jpv