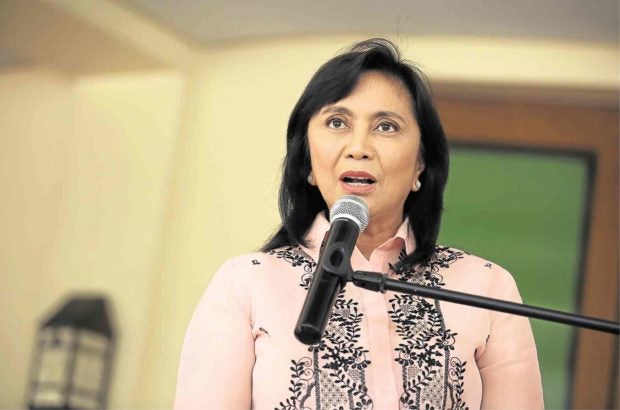 Opposition leaders and even a former Philippine National Police chief on Friday criticized the PNP-Criminal Investigation Division (CIDG) for filing sedition and other criminal complaints against Vice President Leni Robredo and dozens of other critics of President Duterte based on allegations by what they called a discredited witness.

Retired Bishop Teodoro Bacani Jr., one of those charged on Thursday along with Robredo by the PNP-CIDG, said the move showed that the police could be “easily fooled.”

“It could be stupid for them, and they look stupid before the world, if they file the charges based on the comment of that person because he is completely untrustworthy,” said Bacani on Friday over Church-run Radio Veritas.

He was referring to Peter Joemel Advincula, the hooded “Bikoy” who claimed that the President’s family and associates were linked to the drug trade in a series of videos dubbed “The Real Narcolist” and later turned around and said he was promised money and a government position to make those claims by the opposition. 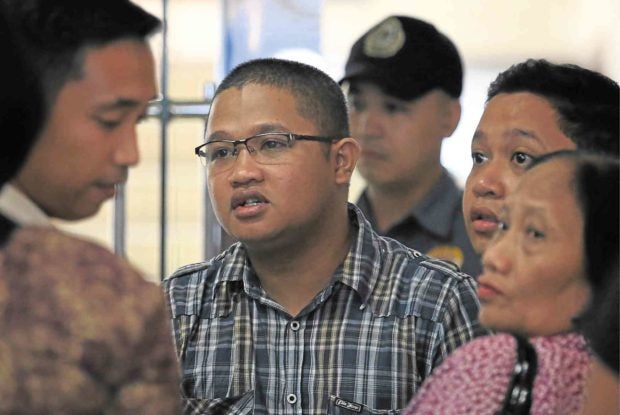 The PNP-CIDG on Thursday accused Robredo and the others of producing the videos, which contained “false information” in order to agitate the people into staging mass protests to bring down the President and ensure the Vice President’s succession.

Sen. Panfilo Lacson, a former PNP chief, noted that using Advincula as the primary witness against opposition figures “does not speak well of the PNP being a nonpartisan institution.” 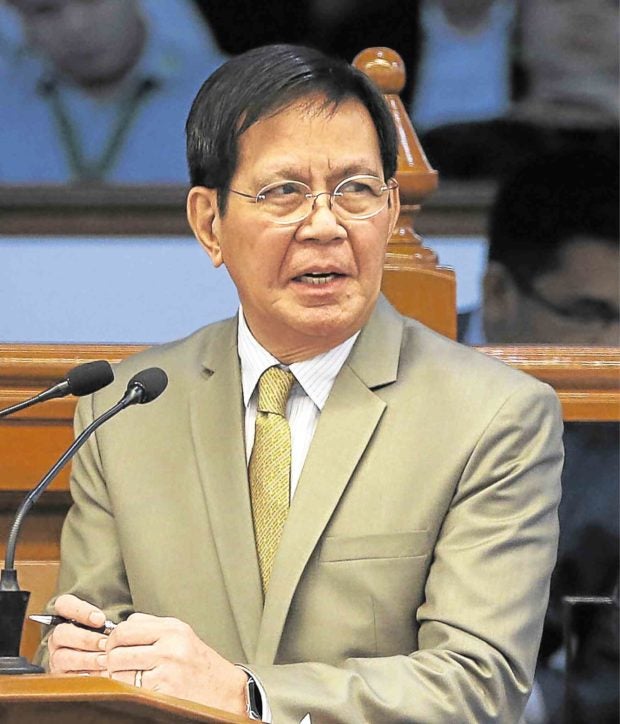 He had earlier dismissed Advincula as an unreliable witness for peddling allegations in exchange for money.

In a statement, Robredo’s spokesperson Barry Gutierrez called the allegations against her and the others a “kwentong kutsero,” or a tall tale.

“If this is purely based on the outrageous statement previously given by Mr. Advincula, we can confidently say this is completely baseless and nothing more than plain and simple harassment,” Gutierrez said.

The other police complaints included cyberlibel, estafa, harboring a criminal and obstruction of justice.

The Department of Justice (DOJ) on Friday created a panel of prosecutors to conduct the preliminary investigation of the criminal complaints. 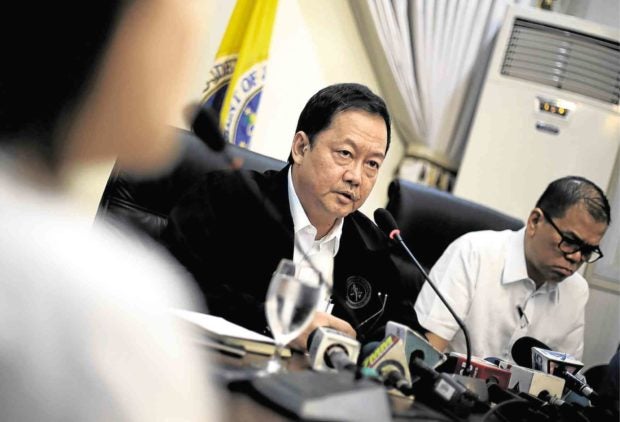 Justice Secretary Menardo Guevarra dismissed opposition allegations that the charges were meant to stifle dissent and vowed that the government would prosecute the respondents only if it found probable cause.

“I have said this before and I will say it again: the DOJ is not a weapon for oppression or persecution. We shall go only by the evidence presented before us and we don’t care who gets indicted and who goes scot-free,” he said.

After the police played down his claims and launched a search for him, Advincula suddenly surfaced and was presented at a news conference by top police officials where he denied the allegations he made against Mr. Duterte on the videos. He then implicated Robredo and other prominent Duterte critics in a plot to discredit the President and destabilize his administration.

Presidential spokesperson Salvador Panelo said Mr. Duterte had “absolutely nothing” to do with the complaints.

He said, however, that it was “about time to know the truth about these videos” through the judicial process, “so we will let it be.”

The CIDG included Advincula among their respondents but said they may use him later as a state witness.

Hontiveros said the complaint was a “badly written telenovela” and the PNP was on a “wild goose chase to further harass and intimidate the democratic opposition.”

LP president and Sen. Francis Pangilinan said the opposition “will not be cowed and we will remain determined to speak up and fight for our country and our citizens from government policies that we believe are not good for the country.” 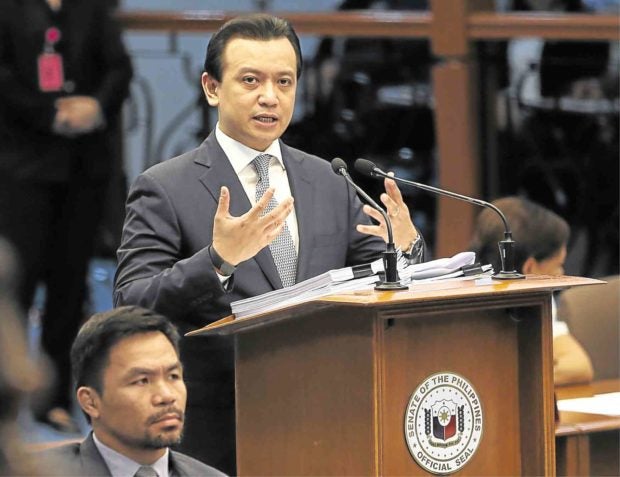 Trillanes said he was ready to face the charges and “would use this opportunity to expose Duterte’s links to illegal drugs.”

“The CIDG investigators clearly abused and misused the subpoena power recently bestowed on them to single out critics of the Duterte administration,” he said in a statement.

Guevarra stressed that the DOJ would resolve the complaint against Robredo and the others “on the basis of the evidence presented and no other.”

“Without meaning to preempt the investigating panel, the Vice President’s removability from office only by impeachment has no bearing on the issue of possible criminal liability,” he said.

Not immune from suit

When she served as justice secretary, De Lima once invoked constitutional and political law to prove the Vice President, unlike the President and members of the diplomatic corps, was not immune from suit.

In a statement in 2015, she said “any suit filed against” then Vice President Jejomar Binay “that would not result in his removal from office, like a civil suit for forfeiture of ill-gotten wealth, is allowed.”

Binay being an impeachable official “cannot be removed from public office except by impeachment,” she added.