SWS: Filipinos’ trust in China dives from ‘neutral’ to ‘poor’ 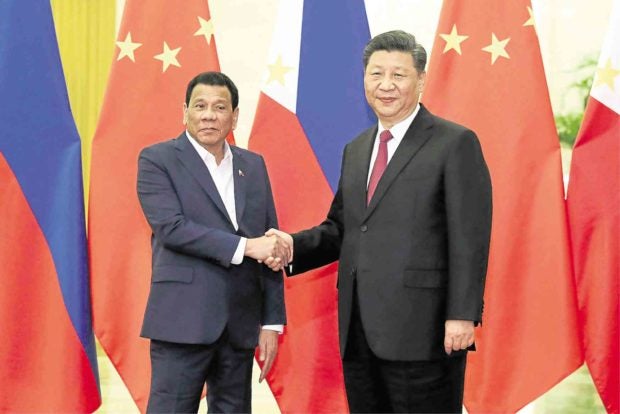 Half of Filipinos have “little trust” in China and about as many disagree that China has good intentions for Filipinos, results of the latest Social Weather Stations (SWS) survey showed.

The noncommissioned survey, conducted from June 22 to 26, found that 51 percent of Filipinos said they had “little trust” in China, while 27 percent said they had “much trust” and 21 percent undecided.

This yielded a net trust score (much trust minus little trust) of “poor” -24 for China, 18 points down from the “neutral” -6 in March.

The same survey showed that 43 percent of Filipinos disagree (25 percent strongly disagree, 18 percent somewhat disagree) with the statement, “Most of what the Chinese government wants to happen in the Philippines is good for the Filipinos.”

Only 27 percent agree (8 percent strongly agree, 19 somewhat agree) that China has good intentions for Filipinos and 30 percent are undecided about the matter.

On the other hand, the survey found that 81 percent had “much trust” in the United States, while 8 percent said they had “little trust” and 11 percent were undecided.

This gives a very strong net agreement score of +39 (correctly rounded) for the United States—up 31 points from the neutral +8 in December 2005, and the highest since the record-high very strong +40 in May 1986.

The survey used face-to-face interviews of 1,200 adults (18 years old and above) nationwide: 300 each in Metro Manila, Balance of Luzon, Visayas and Mindanao, with sampling error margins of plus-minus 3 percent for national percentages and plus-minus 6 percent each for the said areas. —INQUIRER RESEARCH