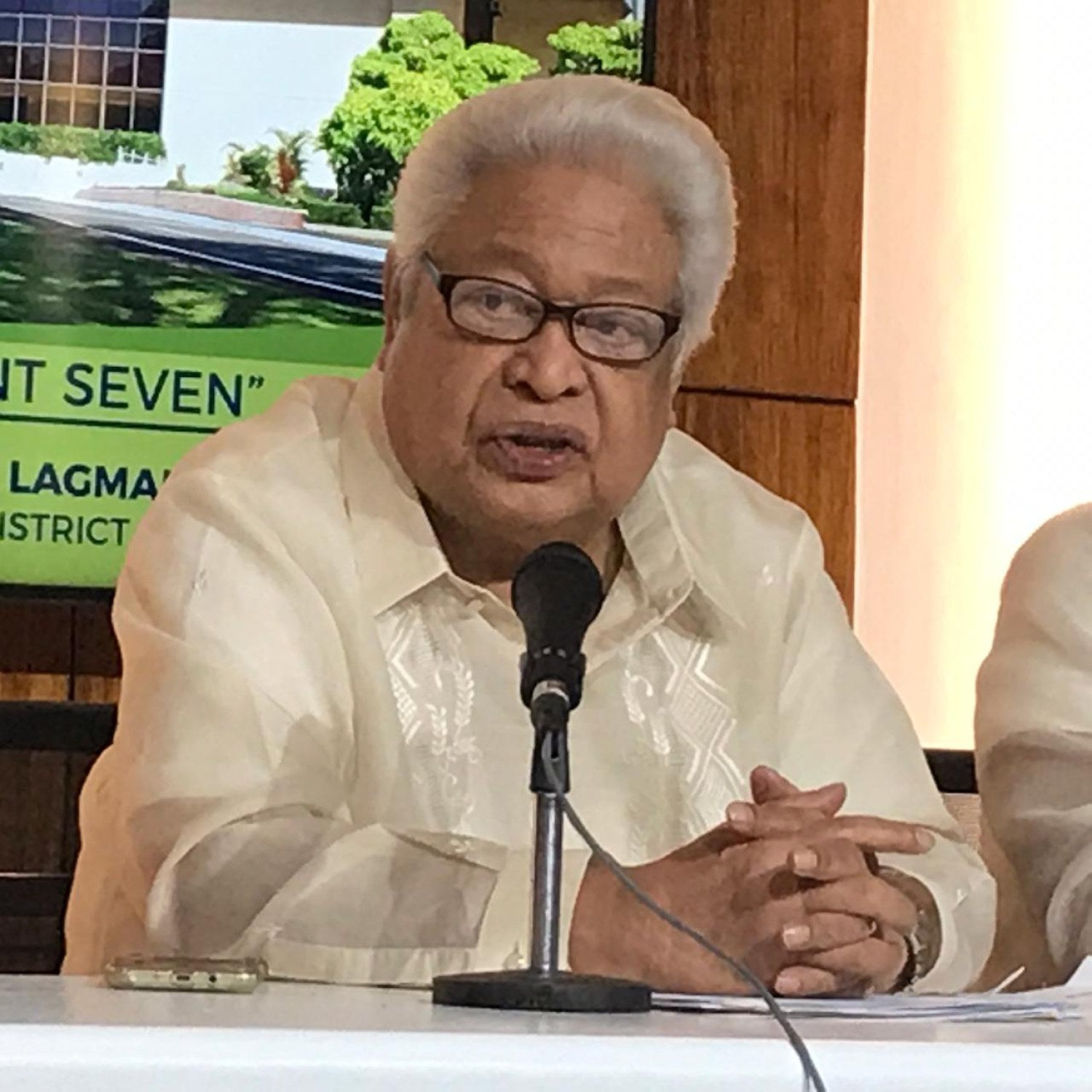 MANILA, Philippines—The sedition complaint filed by police against Vice President Leni Robredo, other members of the once ruling Liberal Party (LP) and vocal critics of President Rodrigo Duterte was enough reason for LP, now nearly decimated by defections, to join the minority bloc in the House of Representatives, an opposition lawmaker said on Friday (July 19).

Albay Rep. Edcel Lagman, a member of LP, made the statement amid rumors that LP members in the House of Representatives would join the supermajority coalition supporting Duterte.

“The recent unfounded charges against Vice President Leni Robredo, critical bishops and vocal opposition leaders for sedition and other crimes give much more impetus to the Liberal Party (LP) members in the House to stand together as the genuine opposition and minority bloc,” Lagman said in a statement.

“The LP Representatives should not only be the real and responsible critics of the administration but must be the undaunted sentinels to safeguard the people’s fundamental rights,” he added.

On Thursday (July 18), the Philippine National Police (PNP) Criminal Investigation and Detection Group (CIDG) filed sedition complaints against Robredo — who is also LP  chair — for her alleged role in the proliferation of the “Ang Totoong Narcolist”  videos which featured a hooded figure named “Bikoy” spilling the beans on the supposed involvement of Paolo Duterte and other individuals close to the President in the illegal drug trade.

Peter Joemel Advincula, a jobless man, claimed to be Bikoy and first affirmed what he said in the video series but later recanted and pointed to LP leaders and the opposition as his handlers.

Advincula, at a press conference where he was surrounded by the highest officials of the Philippine National Police, pointed to Robredo, former opposition senators, opposition senatorial candidates, Church officials and other individuals known to be critics of Duterte as his co-conspirators in a bid to destabilize the Duterte administration through “Project Sodoma.”

READ: Palace denies hand on sedition case vs Robredo, others over ‘Bikoy’ videos

Earlier, LP President and Sen. Francis Pangilinan asked LP members to rally behind Robredo, also calling on lawmakers to reconsider their alliances in the House.

This was after longtime LP member and Caloocan Rep. Edgar Erice said that the LP was considering joining the pro-Duterte supermajority coalition when they attended a caucus led by speakership candidate Leyte Rep. Martin Romualdez.

Lagman reminded his fellow LP members that Duterte’s view of LP as an opposition group, often referring to the once dominant party as “yellows,” should prompt the party to become part of the minority.

“Perforce, the LP must not only be perceived as the opposition but must discharge its vital role as the political opposition,” he said.

Following Duterte’s victory in the 2016 elections, LP members lost no time in jumping ship and joining the now ruling Partido Demokratiko ng Pilipinas—Lakas ng Bayan (PDP-Laban) party which previously had no numbers until it successfully became Duterte’s vehicle in his presidential bid./tsb/ac