Isko Moreno: Manila is no place for drug pushers, suppliers 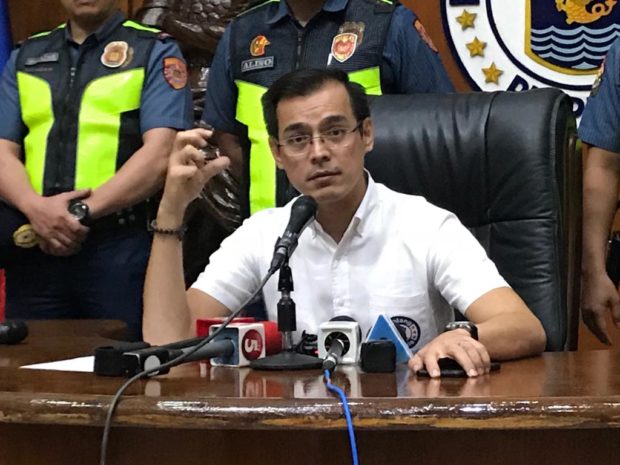 MANILA, Philippines — Drug pushers and suppliers “have no space” in Manila.

Manila Mayor Isko Moreno said that this would be the policy of the city in addressing the illicit illegal drug trade.

“Drug pushers and dealers have no space in Manila,” he said in a press forum on Friday.

Asked how he can ensure fewer killings linked to the war on drugs in Manila, Moreno answered: “Yong crimes and killings, I cannot guarantee kasi it can happen anywhere in this world.

But Moreno said the human rights of drug suspects should be respected in the campaign against illegal drugs.

According to police figures released on June 18, a total of 6,600 persons linked to the illegal drug trade have been killed since the government launched its drug war under President Rodrigo Duterte in 2016.

Metro Manila, despite a series of successful buy-bust operations, remains the region most affected by drug trade, with illegal drugs present in 1,515 villages or in 88.60 percent of the 1,710 villages of the metropolis.

However, this figure from the Philippine National Police (PNP) has yet to be verified with the Philippine Drug Enforcement Agency (PDEA).
Data from PDEA, which was released on Thursday, showed that 5,526 drug suspects were killed in anti-drug operations.
READ: PDEA: Drug war death toll now over 5,500; arrests reach 193,000
Metro Manila, despite the series of successful buy-bust operations, remains the region most affected by drug trade, with illegal drugs present in 1,515 villages or in 88.60 percent of the 1,710 villages of the metropolis.
Of this number, 208 villages are “seriously affected” by drugs, 878 are “moderately affected,” and 429 are “slightly affected.”
Recently, the Philippine drug war has taken the international spotlight once again.
The United Nation Human Rights Council (UNHRC) adopted an Iceland-led resolution that would prompt the rights body to conduct a thorough review on the human-rights situation in the Philippines, including the killings related to police operations under Duterte’s drug war. /jpv
READ: Greater scrutiny on PH killings gets UN rights council’s nod