Drug kingpin ‘El Chapo’ sentenced to life in US prison 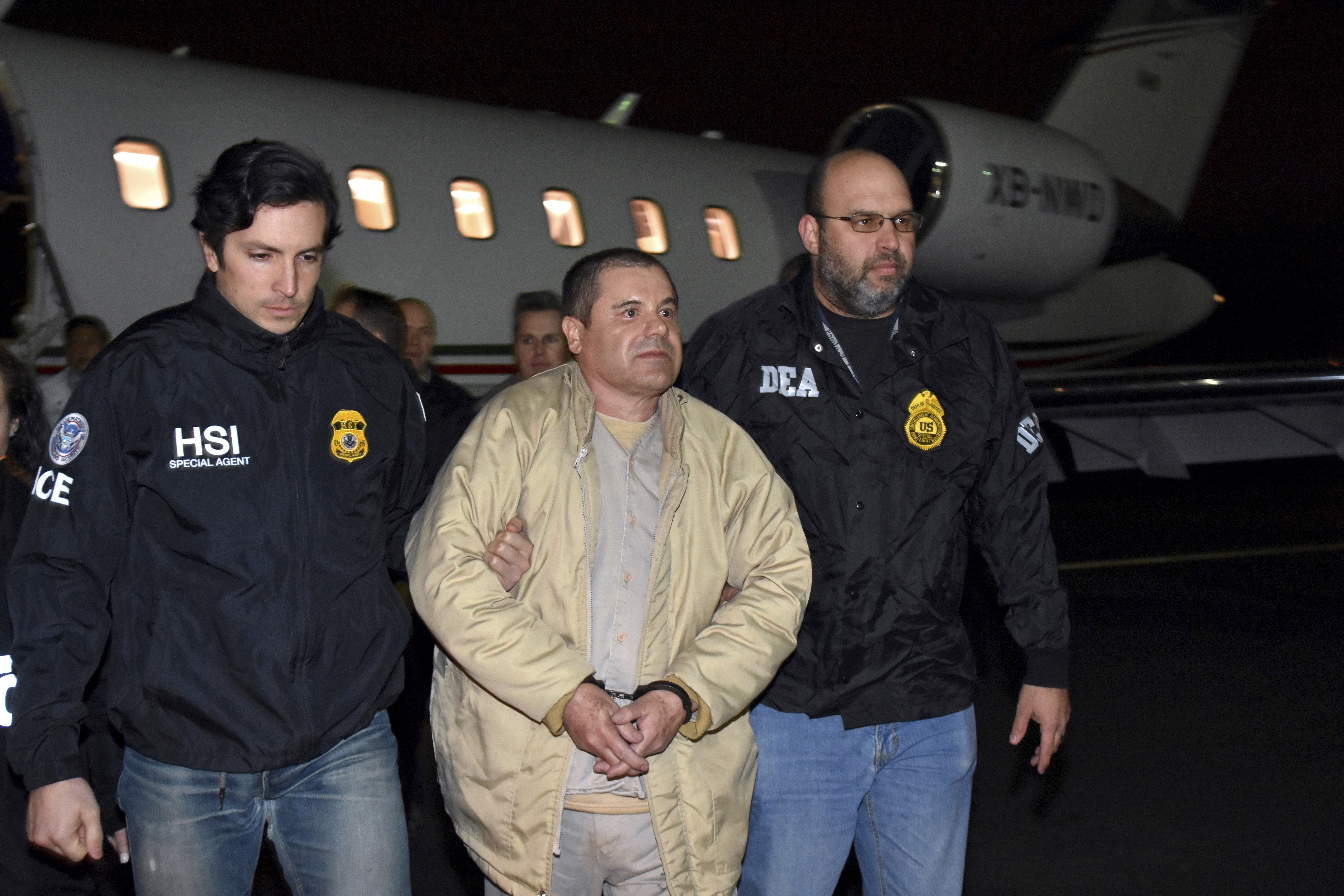 LIFE IN SUPERMAX Joaquin “El Chapo” Guzman, the coleader of the powerful Sinaloa drug cartel of Mexico,was sentenced by a New York federal court on Wednesday to life imprisonment, likely at the “Alcatraz of the Rockies”—the supermax federal prison in Florence, Colorado. AP

NEW YORK—Once one of the world’s most powerful and notorious criminals, Mexican drug lord Joaquin “El Chapo” Guzman was sentenced to life imprisonment on Wednesday—the mandatory punishment for a host of crimes spanning a quarter-century.

Guzman, the 62-year-old former coleader of Mexico’s mighty Sinaloa drug cartel, was convicted in February in US federal court on a spate of charges, including smuggling hundreds of tons of cocaine, heroin, methamphetamine and marijuana into the United States, money laundering and weapons-related offenses.

“There was no justice here,” Guzman declared in Spanish, expressing no regret as he delivered what were likely his final public words before he is taken to a supermax federal prison to live out his days.

When entering and before leaving the courtroom, he touched his heart and blew a kiss to his wife Emma Coronel, who was barred from all contact with him during his pretrial detention after he was extradited from Mexico in 2017.

Prosecutors won their request to add a symbolic extra 30 years in prison for the use of firearms in his business, which US Federal Judge Brian Cogan said he imposed because Guzman’s “overwhelming evil is so severe” to overcome any of his potentially redeeming qualities.

Cogan also ordered the drug lord to pay $12.6 billion in forfeiture—a sum based on a conservative estimate of revenues from his cartel’s sales in the United States.

So far, US authorities have not recovered a dime.

In the Brooklyn courtroom, Guzman said prayers from supporters had given him “strength to endure this great torture,” which he called “one of the most inhuman that I have ever experienced … a lack of respect for my human dignity.”

Complaining bitterly that he was unable to hug his twin daughters, who did not attend the hearing, he said “the United States is no better than any other corrupt country that you do not respect.”

Guzman—whose moniker “El Chapo” translates to “Shorty”—is considered the most influential drug lord since Colombia’s Pablo Escobar, who was killed in a police shootout in 1993.

During his three-month trial in New York, jurors heard evidence from 56 government witnesses, who described the cartel boss beating, shooting and even burying alive those who crossed him, including informants and rival gang members.

A Colombian woman who prosecutors say survived a hit the kingpin ordered tearfully read a statement in court on Wednesday, saying the escape cost her “a high price—I lost my family, my friends, I became a shadow without a name.”

Guzman launched his career working in the cannabis fields of his home state of Sinaloa. He will likely spend his remaining years at the “Alcatraz of the Rockies”—the supermax federal prison in Florence, Colorado.

The sentencing was met with mixed reactions on Guzman’s home turf, where some credit the drug lord with building beneficial public infrastructure like roads and schools.

Many in Sinaloa treat Guzman as a Robin Hood figure who helped the poor mountain village where he grew up and neighboring communities.

At a Culiacan chapel dedicated to the folk saint of drug smugglers, Jesus Malverde, vendors sell figurines of a mustachioed Guzman wielding a rifle and grenades, as well as framed photos of the drug lord, right alongside colorful rosaries and images of Jesus Christ.

“He’s had his bad side, but for me he was a good person,” Rafael Morales told Reuters. “He helped Culiacan a lot … many people love him.”

Some locals, however, lamented that Mexicans were deprived of the chance to see the notorious capo tried, convicted and punished on his native soil.

“He doesn’t stop being Mexican … He should be paying for his sins here in Mexico,” said Victor Estrada, who was at a public plaza in Culiacan.

Miguel Angel Vega, a journalist and drug trafficking expert, said the US incarceration of Guzman, who spectacularly escaped twice from Mexican prison, would do little to end the violence plaguing his region.

Ismael “El Mayo” Zambada, Guzman’s longtime partner, is believed to have taken over Sinaloa Cartel operations since Guzman’s capture in 2016 and consolidated power for the cartel, which is the biggest drug distributor on US streets. —REPORTS FROM AFP