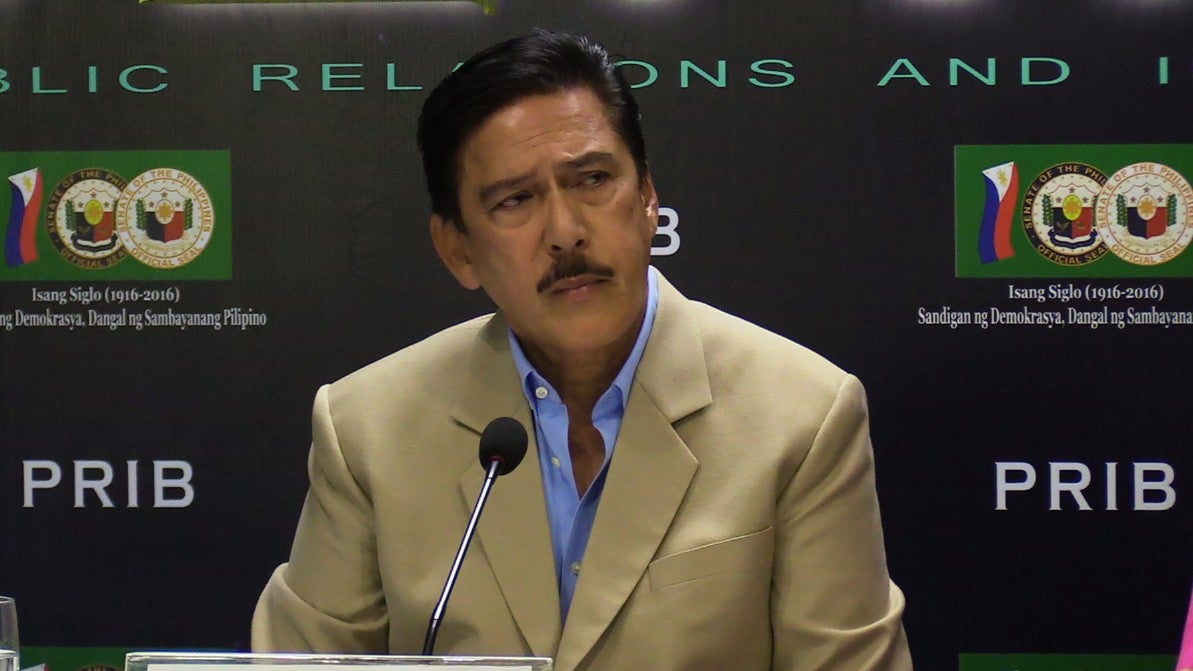 Sen. Vicente Sotto III said he did not expect controversy when the Senate opened its session and assigned committee chairmanships on Monday.

The Senate leader said more than 90 percent of committee chairmanships had been assigned.

He also said Sen. Pia Cayetano had agreed to head the ways and means committee, which would handle tax legislation.

As for the other posts, senators will decide on these at a caucus after the session, he said.

When asked if there might be any controversy when the Senate reopens, Sotto said in a text message, “Not really. It’s a matter of just explaining and settling issues surrounding the committees involved.”

Sotto is expected to remain Senate President as there has been no serious challenge to his position.

Last month, he met with colleagues, including the newly elected senators, to discuss the committees they would head.

Among the committee posts to be decided is education, which Senators Joel Villanueva and Sherwin Gatchalian want to lead. Sotto said Cayetano, who had earlier expressed interest in the chairmanship, would no longer pursue it.

Sotto earlier said the finance committee, which would be in charge of the national budget, was expected to be assigned to Sen. Juan Edgardo Angara.

Sen. Christopher Lawrence Go, the President’s longtime aide, may get the committees on health and urban planning.

Sen. Ramon Revilla Jr., for his part, expressed interest in the committees on public information and on civil service.

The committee on constitutional amendments, chaired by Sen. Francis Pangilinan in the 17th Congress, may also be up for discussion.

“There is interest in it now but it falls in the category of incumbent’s equity. I told the parties involved that we can talk about it later on,” Sotto said.