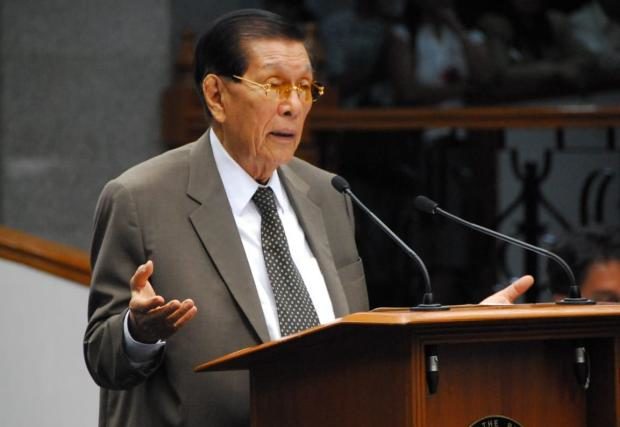 MANILA, Philippines — The Sandiganbayan has denied former Senate President Juan Ponce Enrile’s omnibus motion seeking to limit pieces of evidence that could be presented against him during the trial of his P172-million plunder case.

“We point out at the outset that this Court has already resolved Enrile’s Motion for the Production of Material Evidence in the Possession of the Prosecution in our Resolution of April 24, 2019,” the resolution, penned by Associate Justice Ronald Moreno, pointed out.

As to Enrile’s bid to limit in the pre-trial order the pieces of evidence that could be presented against him to those acts described in the Bill of Particulars, the Sandiganbayan cited Enrile’s case in the Supreme Court (G.R. No. 213455).

In its decision, the High Tribunal “did not require the premature disclosure” of the vital details, according to Sandiganbayan.

“Notably, the Court found these matters to be evidentiary, ‘that do not need to be reflected with particularity in the Information, and may be passed upon at the full-blown trial on the merits of the case,'” the resolution stated.

“For us, therefore, to limit in the pre-trial order the evidence on the alleged overt criminal acts to the acts described in the Bill of Particulars submitted by the prosecution would be to disallow the prosecution from presenting evidentiary matters during trial,” it added.

Enrile was accused of pocketing P172.8-million worth of kickbacks after allegedly funneling his Priority Development Assistance Fund (PDAF) to bogus nongovernment organizations owned by convicted pork barrel scam mastermind Janet Lim Napoles, who is currently jailed at the Correctional Institute for Women.

Enrile was among the so-called “PDAF-scam senators” who run for Senate in the May 2019 midterm elections, along with Jinggoy Estrada and Bong Revilla.

The 95-year-old Enrile was released on bail in 2015 due to “humanitarian reasons,” with the Supreme Court citing his poor health and old age. Meanwhile, the Sandiganbayan granted Estrada’s bail petition on Sept. 15, 2017, on the premise that he was not the main plunderer. Revilla, who won in the senatorial race, was acquitted in December 2018. /jpv