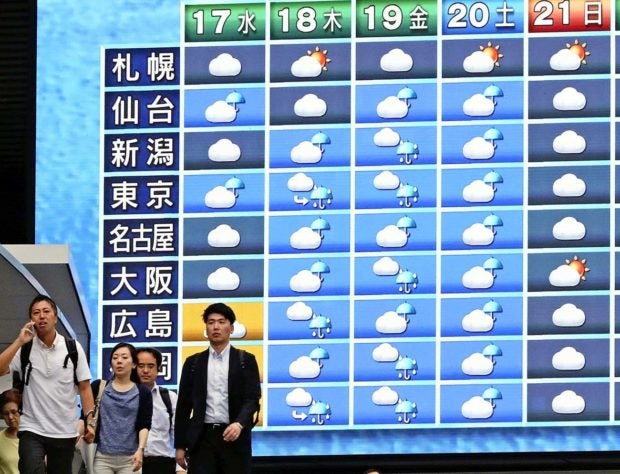 TOKYO — The Kanto and Koshin regions have been experiencing relatively cool weather during the rainy season due to a record lack of sunshine.

The Tokyo metropolitan area had received less than three hours of sunshine per day for 20 consecutive days from June 27 through Tuesday, marking the longest such streak on record since the Japan Meteorological Agency started collecting data in 1961.

Central Tokyo has not experienced such a spell of overcast conditions, with less than three hours of daily sunshine, since 1988.

In that year, the record of 17 days was set, which caused massive damage to crops in the Kanto and Tohoku regions due to low temperatures.