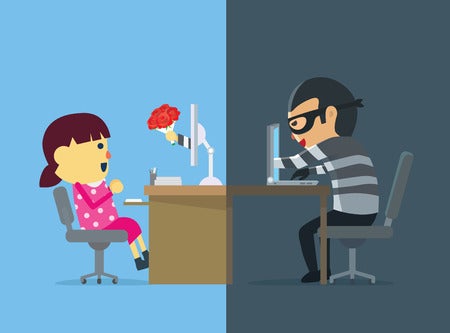 TAIPEI — Taiwan urged China and Hong Kong on Tuesday to work together to investigate a spate of financial love scams that have caused over US$30 million in losses to Taiwanese targets.

Fighting this new type of cross-border fraud will require the cooperation of all three administrations, and sits in contrast to mounting recent tensions over Beijing’s desire for closer political links.

According to the Criminal Investigation Bureau, suspects based in China and Hong Kong used social media to start romantic relationships with victims in Taiwan and then coaxed them to invest in fake financial companies.

Over 500 local people have been swindled since January last year, with losses totaling over $30 million, including one victim who lost $2 million, the bureau said.

Targets were encouraged to wire money to Hong Kong-based bank accounts – opened by Hong Kongers or mainland Chinese – on the understanding it would be invested in stocks, foreign currencies, gold or futures.

Spurred on by good investment returns displayed on fake websites, victims would then pour in money until they asked to redeem it in vain, the bureau said.

“The suspects used social media to add Taiwanese people as ‘friends’… and gradually lured the victims with cyber honey traps to gain their trust and emotional involvement,” it said in a statement.

Huang Ming-Chao, the bureau’s commissioner, said Taiwanese police were seeking cooperation from Hong Kong and China police for a joint investigation, although they had yet to respond.

Without such cooperation “similar cases would keep happening,” he added.

Taiwan and China in 2009 signed a joint crime-fighting and judicial assistance agreement, under the oversight of the former Beijing-friendly Kuomintang government.

However, relations have grown frosty since President Tsai Ing-wen of the independence-leaning Democratic Progressive Party took office in Taiwan in 2016. Tsai has refused to acknowledge that the self-ruled island is part of “One China.”

Beijing has responded by cutting off official communication with Tsai’s government, ramping up military drills around the island, and poaching its diplomatic allies.

Taiwan has been ruled separately from China since the end of a civil war in 1949, but Beijing considers it a part of its territory to be retaken – by force if necessary.

Taiwanese prosecutors said earlier this year that Hong Kong police did not respond to their requests for cooperation in a high-profile case of a Hong Kong woman who was allegedly murdered by her boyfriend while they were on vacation on the island.

The Hong Kong government pushed a bill that would have allowed extraditions to Taiwan, Macau, and mainland China in the wake of the murder case.

But the bill has been suspended following a month of huge marches in Hong Kong as well as separate violent confrontations with police. /kga