Lacson: Marcos-era decree on obstruction of justice needs to be revisited 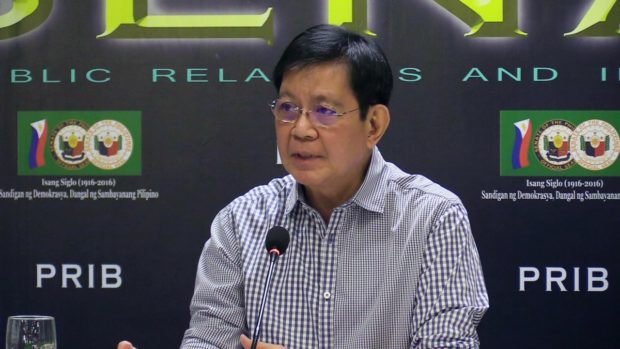 MANILA, Philippines — Senator Panfilo Lacson on Wednesday said the Congess needs to revisit the presidential decree issued during the time of former President Ferdinand Marcos that penalizes obstruction of apprehension and prosecution of criminal defenders.

Lacson made the remark after Philippine National Police chief Gen. Oscar Albayalde asked for the Senate to draft a law which seeks to compel banks and other establishments to give immediate access for police personnel responding to robbery incidents.

The request came after the robbery incident of the Metrobank branch in Binondo, Manila wherein police personnel were reportedly not immediately allowed to enter the bank premises.

This decree, Lacson said, needs to be revisited and converted into a law.

The senator also noted that the investigation of the robbery incident should not have been hindered if the responding law enforcers were aware of their rights.

Lacson explained that a field manual on crime investigations was issued  in 2011, which states that the first 72 hours following the crime is considered as the “golden hour.”

In the case of the robbery in Manila, Lacson said the first 72 hours is important to check if the robbers left incriminating evidence or any forensic evidence that may lead to the identification of the suspects.