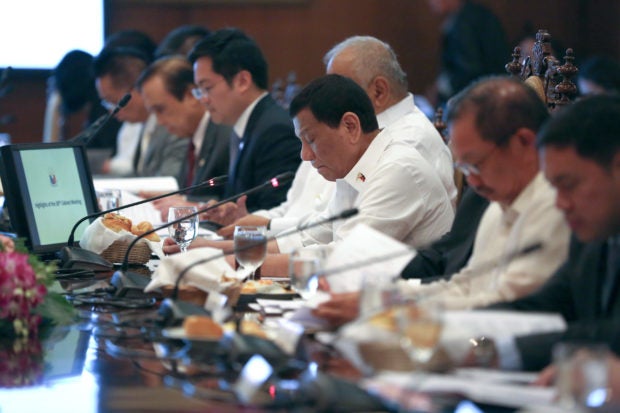 “There could be minor changes in the Cabinet in the next few weeks as the President mentioned during the last Cabinet meeting,” Andanar said in a text message.

According to Andanar, the changes in the Cabinet may happen this week or before President Rodrigo Duterte’s fourth State of the Nation Address (Sona) on Monday, July 22.

“As to who and when the exact date is, I dont know. What I know is we all serve at the pleasure of the President,” he added.

Andanar, however, explained that the movement in the Cabinet would be slight that it cannot be considered a “reshuffle.”

Andanar was then asked if Duterte has offered him a new government post. “None,” he replied.

In October 2018, here have been talks that the Presidential Communications Operations Office (PCOO) would be abolished to revive the Office of the Press Secretary.

Broadcaster Erwin Tulfo, who was described by Andanar as “qualified,” was earlier floated to replace him.

Duterte earlier said he wanted Andanar to be his “consultant.”

“If he wants to move me to this position or that position, we serve at the pleasure of the President,” he said in an interview with ABS-CBN News Channel.

Asked if he would be Duterte’s Presidential Adviser for Political Affairs, he said: “You know, we’ll see, but that would be a weird thing because you’ll be calling ‘Papa Martin.’”

Speculations have surfaced that Andanar would replace Francis Tolentino as presidential adviser on political affairs.

Tolentino won the Senate race in the May 13 midterm elections. /kga