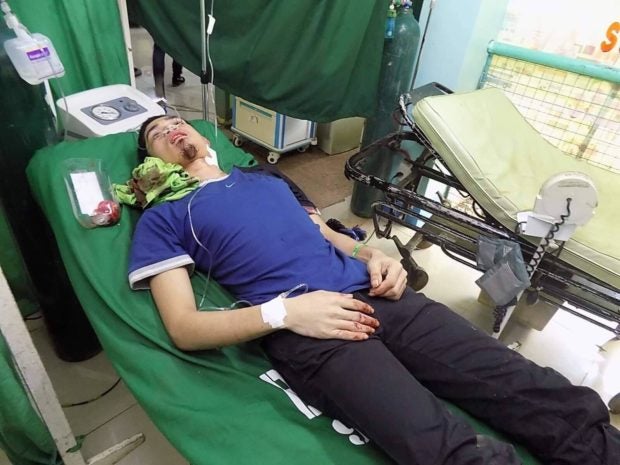 Hail Kamsa Ahamadi, 20, a resident of Barangay Bañas in Lantawan town, was being transported from the Hall of Justice back to the Basilan Provincial Jail in Barangay Sumagdang when attacked, said Police Lt. Col. William Gadayan, Isabela City police chief.

Ahamadi was with five other detainees escorted by five jail guards, but the gunshots were all directed at him, Gadayan added.

All six detainees appeared before the court for the hearing of their respective cases.

When their vehicle reached Barangay San Rafael from the Hall of Justice, two motorcycle-riding men accosted them and opened fire, Gadayan said.

Ahamadi suffered a bullet wound on his neck and was rushed to the Basilan General Hospital for treatment, Gadayan added.

The jail guards chased the attackers as they fled towards Mabarakat, Barangay Aguada, to no avail.

When asked later about the attack, Ahamadi claimed to have identified one of the attackers, hence he concluded that it was borne out of personal grudge.