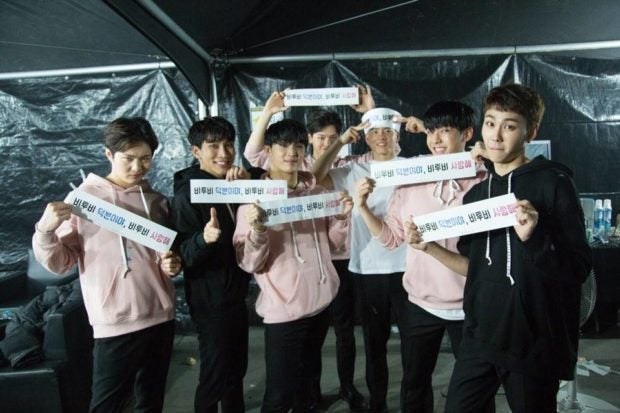 The official Twitter account of the Department of Social Welfare and Development (DSWD) was mistakenly used to fangirl over a Korean boy band recently.

INQUIRER.net has reached out to the DSWD for comment but has yet to receive a response as of this writing.

The tweets were taken down within the same day, but this did not prevent netizens from taking screenshots of the tweets. Parody Facebook page Malacañang Events and Catering Services posted screenshots of the deleted tweets on Thursday, July 18.

One screenshot shows that the DSWD account quoted a video of rapper Ilhoon. “The 2 #BTOB maknaes love to make fun of their Changsub hyung. I’m sure they missed him a lot #BTOB @OFFICIALBTOB @BTOB_Official,” the department’s account stated.

In another tweet, the account commented on two photos of singer Yook Sung-jae posing in an all-black outfit, saying, “for the love of #YookSungJae #BTOB.”

This is not the first time a social media handler mistakenly tweeted with a government-affiliated page. The Presidential Communications Operations Office (PCOO) accidentally tweeted the word “fafda” back in August 2017. NVG