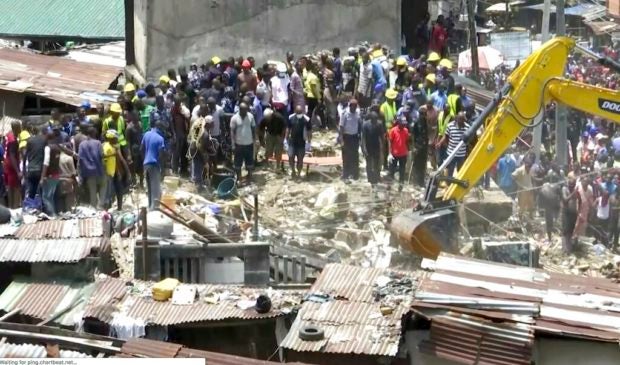 Rescue crews sifted through the rubble overnight after the building in the city of Jos came down on Monday.

A Red Cross official at the scene told AFP that 13 bodies had been recovered so far and seven survivors were being treated in hospital.

The collapse came after three days of pounding rain.

Emergency officials said it occurred during working hours, sparing dozens of residents, who later returned to find their homes destroyed.

Locals said that extra floors of residential housing had been added to the building in recent years.

Building collapses are tragically common in Nigeria, Africa’s most populous country, with millions living in dilapidated buildings and widespread non-enforcement of building regulation.

In March, 20 people died when a building housing a nursery and primary school collapsed in Nigeria’s biggest city, Lagos. /kga