Flooding, caused by enhanced monsoon rains due to tropical storm “Falcon” also hit Iloilo City and other towns in Iloilo, prompting the cancellation of classes after as it affected several streets in the city and schools.

Boracay residents posted photographs on social media of resident wading in floodwaters reaching up to the waist. 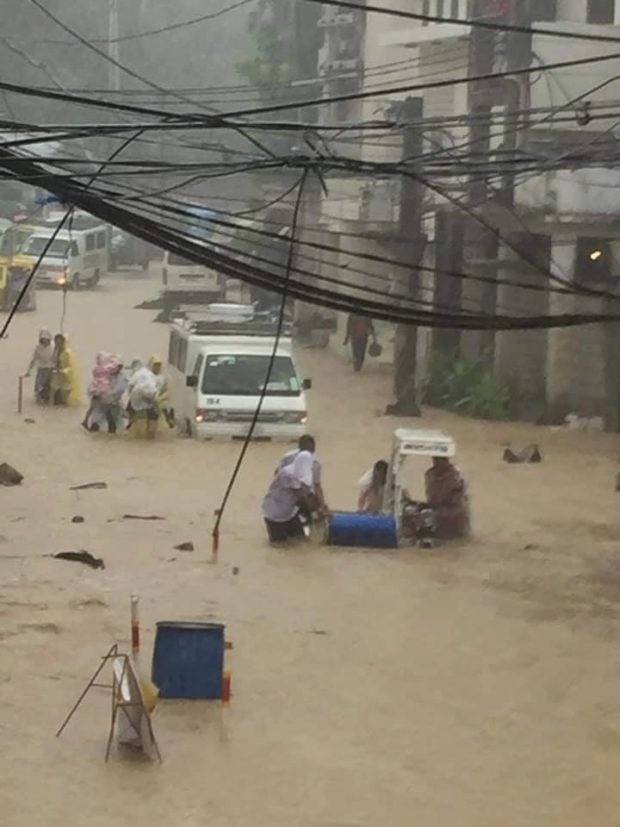 Residents of Boracay Island posted on social media on Tuesday, July 16, 2019, photos of flooding brought by heavy and continuous rains in their area. Photo from Facebook

A portion of the main road in Barangay Balabag was briefly impassable due to flooding. The flooding affected Barangay Balabag and parts of Barangay Yapak, according to Catherine Fulgencio, municipal disaster risk reduction officer of Malay town in Aklan where Boracay is located.

The floodwaters reached three feet high in some areas.

An evacuation was being readied for residents in some areas in Sitio Bulabog in Barangay Balabag in anticipation of continued rains, said Fulgencio. 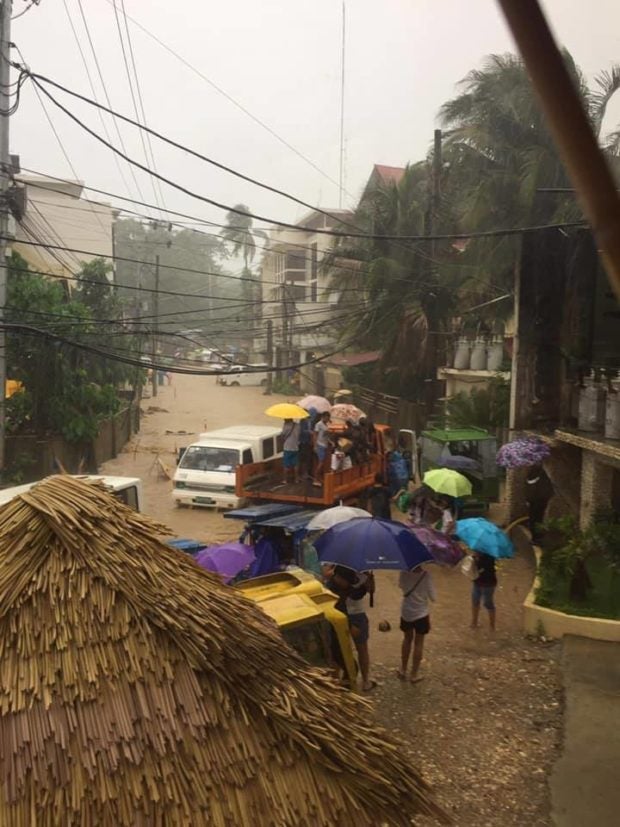 Residents of Boracay Island posted on social media on Tuesday, July 16, 2019, photos of flooding brought by heavy and continuous rains in their area. Photo from Facebook

President Rodrigo Duterte ordered the closure of the island to tourists for six months – from April 26 to October 25, 2018 – to undergo rehabilitation amid worsening environmental problems, among others.

But rehabilitation activities, including the upgrading of the main road, drainage, and sewerage systems remain unfinished with several projects set to be completed either next year or 2021. /kga